Instagram had been providing new faces to the modeling industry and youtube has been a platform for many creative people to showcase their talent. Tiktok is yet another such platform for rising stars.

Sharing the limelight with many other Tiktok Stars is Addison Rae. She rose to prominence via the video-making application and has even branched out to other media such as Youtube and Instagram.

Addison Rae (@addisonre) is an American Tiktok star with 17.4 million followers and over 602 million likes on her tiktok account. The popular creator badge holder has 4.9 million followers on Instagram and 416K subscribers on her Youtube Channel.  She has dabbled into lip-syncing, makeup, dancing, cosplaying to lifestyle hacks in her tiktok account.

Net Worth, Income and Salary

Her entry in the application was the turning point in her career.  Her well co-ordinated lip-synced verses and dance moves were appreciated by many and having a beautiful face and figure helped her even more. With the number of posts she made, her views escalated even more, making her one of the popular tiktok stars. With fame from Tiktok, she eventually became one of the most searched people on Instagram where her devotees followed her to know more about her lifestyle. 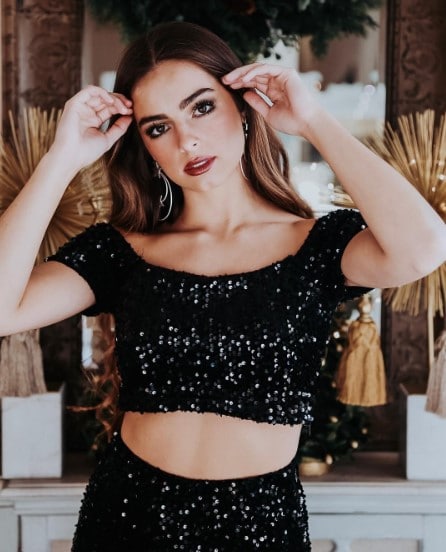 In 2019, she branched out to Youtube, where she has only three videos so far. Her youtube contents revolve around her skincare routine and daily routine.  From one of her videos, we can she that she has modeling consignments and she was seen shooting for one.  Hence, with her popularity, we can definitely claim that she earns via sponsored content, Google Ad-sense, brand endorsements, modeling, and paid promotions. According to celebscloseup.com, her net worth as of 2020 is estimated at 500 thousand dollars.

With her rising fame, many of her followers have been curious about her relationship status. Who wouldn’t? After all, she is young, beautiful and talented. Her relationship status isn’t without speculation either. She has been making videos with Bryce Hall for some time now and many of her posts on Instagram features him which has raised questions about their relationship. Her devotees have often linked them together and are eagerly waiting for them to confirm the news (Some are probably waiting for a negative confirmation) Their kisses and videos have often made headlines. Both being Tiktok stars and influencers, the duo has the “It” factor.

Recently, however, there has been the buzz of breakup among the fans much to the delight of some and dismay of others and Bryce has been linked with another tiktoker Sydney.  Like their relationship, these rumors are also without any official confirmation from either of the concerned parties. Phew! they are entitled to their privacy and we cannot force anyone for a confirmation. All we can do is assume.

Addison was born on October 6, 2000, as Addison Rae Easterling, and is 19 years old as of now. She is native to Lafayette, Louisiana. Her father’s name is Monty Lopez and her mother is  Sheri Nicole who is herself a social media personality. She has been featured in some posts and videos that Addison had shared with her fans. Apple does not fall far from the tree, does it? I mean just look at this mother-daughter duo.  They are both beautiful and creative on their own.

Addison grew up with two brothers but very little is known about them. Her family is pretty supportive of her career and this is evident from one of her videos where her parents were seen lip-syncing to “Money in the Grave” by Drake. 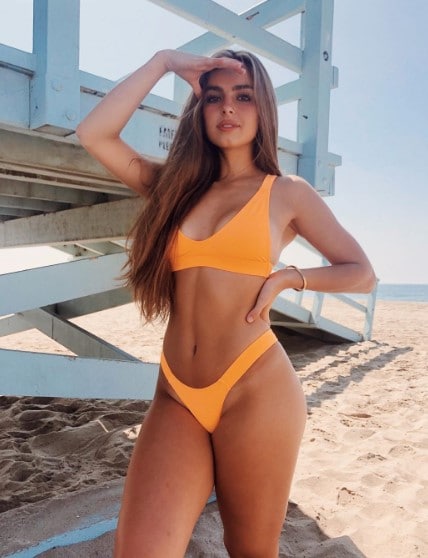 Addison stands tall at a height of 5 feet and 6 inches. She has a perfect body shape which many girls around the world dream of having. Her fitness regime consists of gymnastics, swimming, and dancing. Looking at her pictures, we can assume that she is at most size 4 if not less, though the exact weight is unknown.