Adepero Oduye is an iconic American actress best known for her outstanding performances in Pariah, 12 Years a Slave, The Big Short, and Widows. Her vulnerability is one of her greatest assets as an actor.

Originally from Brooklyn, New York, Adepero Oduye was born on 11 January 1978 under the star sign Capricorn. The 43-year-old actress is American by nationality and belongs to Nigerian ethnicity. She graduated pre-med from Cornell University.

Upon graduation, Oduye started pursuing her passion for acting. She made her acting debut in 2002 with the short film Water. She followed that up by appearing in several short films such as Fall, Thoughts, The Tested, Sub Rose, and This is Poetry, among others.

Her breakout role came in 2011 when she starred in the critically acclaimed independent film Pariah. The following year, she joined the cast of the television film Steel Magnolias as Annelle Dupuy-Desoto. Her other notable roles include 12 Years a Slave, The Big Short, The Dinner, Geostorm, Widows, and When They See Us.

In 2014, Oduye made her directorial debut with the short film Breaking In. Her theatre credits include Eclipsed, The Bluest Eye, Fela!, and The Trip To Bountiful.

Oduye has earned a substantial sum of money from her acting profession. Though she had a difficult upbringing, she now lives a luxurious lifestyle, thanks to her massive wealth that she acquired from her acting skill. As of December 2020, she has an estimated net worth of $4 million.

The Pariah actress is utterly private when it comes to her personal life. So far, she hasn’t talked about dating someone or being in a relationship with somebody. She hasn’t even sparked any dating speculations among the media and public. Her Instagram feeds are also void of her romantic life. So, it’s safe to say that Oduye is probably single and unmarried.

The Widows actress was born to Nigerian parents. She is one of seven children born to her parents. As she is utterly private about her personal life, she hasn’t revealed much about her parents and siblings. 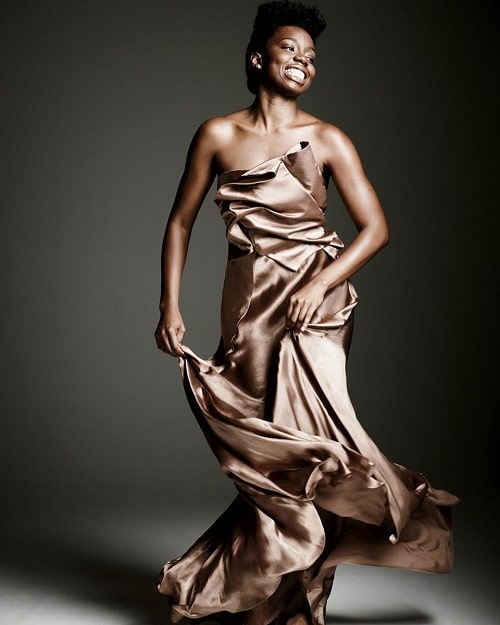 Oduye stands tall at a decent height of 5 feet 11 inches. She has a well-maintained body that weighs around 56 kg. She has dark black hair and black eyes.