The longest-running Victoria Secret Angel, who was once rumored dating teen singer Justin Beiber despite their age difference, is one of the highest-paid models in the world.

Adriana Lima is a Brazilian model and actress known for her association with the luxury brand “Victoria Secret.” Her time as Victoria Secret Angel lasted from 1999 to 2018, and she eventually became the longest-running model associated with the brand.

Lima entered the field of modeling by participating in the  1996 Ford Models Supermodel of the World, where she stood as a runner up. She was signed by Elite Model Management three years later.  She has walked in runway fro various luxury brands, including Louis Vuitton, Marc Jacobs, and Christian Dior besides Victoria Secrets.  Besides, she has been a spokesperson for Maybelline cosmetics since 2003. 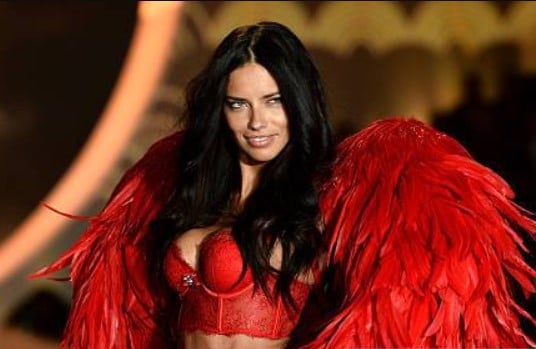 Besides modeling, she has been a brand ambassador for various clothing brands, namely, Desigual, Sportmax, Puma, and Chopard. Since 2014, she has been the world’s second-highest-paid model. With the earning of US $10.5 million, she has maintained the position since 2016. As of date, her net worth stands at 85 million dollars.

Adriana Lima is a divorcee. She has been married once in her life. She had married Serbian NBA player Marko Jaric on Valentine’s Day, 2009, in Jackson Hole, Wyoming.  Lima had applied for Serbian Citizenship, which was denied. The couple is blessed with two daughters Valentina Lima Jaric and Sienna Lima Jaric. On May 2014, both of them announced their separation, and their divorce was finalized in March 2016. Post seperation, she was rumored dating Turkish Author Metin Hara.

Before that, from 2001 to 2003, she was in a relationship with American singer Lenny Kravitz. They had moved in together and had even been engaged. She was even featured in Kravitz’s 2002 single, “Yesterday Is Gone (My Dear Kay).” She was also linked with teen singer Justin Beiber and was dating Prince Wenzeslaus of Liechtenstein from 2003 to 2006.

Adriana was born on 12 June 1981 in Salvador, Brazil, to father Nelson Toress, a carpenter and mother Maria das Gracas Lima, a social worker.  Her father had left both the mother and daughter when Adriana was just six months old, and she was raised alone by her mother. She is a multi-racial individual with traces from the West Indies, Brazil, Portugal, Switzerland,  Japan, and Africa. She likes calling herself “Afro-Brazillian.” 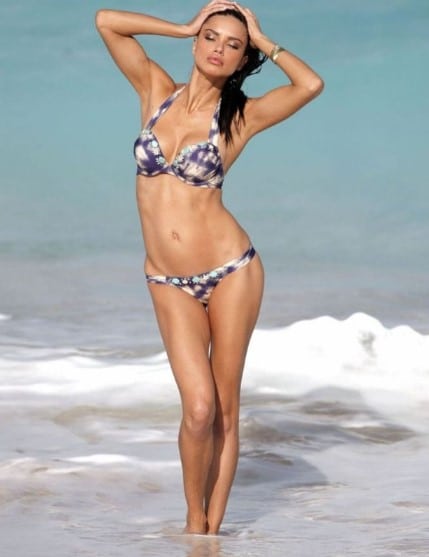 The dark brown-haired and blue-eyed beauty stands tall at the height of 5 feet and 10 inches. She has a figure that is envied by many with an hourglass shape that measures 34-24-35.5 inches.