Alaiza Malinao’s non-inclusion in the 2020 Miss Universe Philippines top 5 was one of the shocking things in the Philippines’ local pageantry in recent years. Known for advocating farming and promoting local fashion, Aliza undoubtedly deserved the spot. Regardless, the pageant contender surprised her fans by announcing her pregnancy on Instagram. So, who does Alaiza Malina0 share her upcoming child with?

Alaiza was born in 1994 in the Philippines. She celebrates her birthday on October 16, which makes her age 27. She holds Philippian nationality and comes from an Asian ethnicity.

Before participating in Miss Universe Philippines 2020, she was a contestant in Asia’s Next Top Model in 2016. However, she withdrew on the fourth episode. Later, the same year, she appeared as a contestant in Elite Model Look in the Asia Pacific, held in Beijing, China.

Likewise, she has since participated in many shows, which have helped her earn fame in the design business. Besides, she was also a contestant for the 2014 Century Tuna Superboard and ended up as runner-up. In 2015, she was selected as one of the best 15 finalists in the Binning, Philippines. In 2020, Alaiza was a candidate for Miss Universe Philippines. She placed among the Top 16 semi-finalists. As of 2021, Alaiza Malinao’s net worth is estimated to be in the thousands.

Alaiza shocked her fans and followers when she announced she was pregnant with a child. She announced the news with a post on Instagram flaunting her maternity photos on August 28, 2021. The model wore a stunning minimalist white Filipiniana designed by Jo Rubio. Likewise, she also posted another maternity bikini shoot picture. For the caption, the model wrote,

Oh Baby, all I want for this month is yooooou…. YOU BABY!”

However, Alaiza did not share the identity of the father nor the due date of her child. However, fans speculated that she might share the child with a man named Dennis Mikkelsen. He has been tagged in both of her maternity photoshoots, and there is also a picture of them hugging each other in 2018. Based on their posts on Instagram, their relationship dates back to 2018. 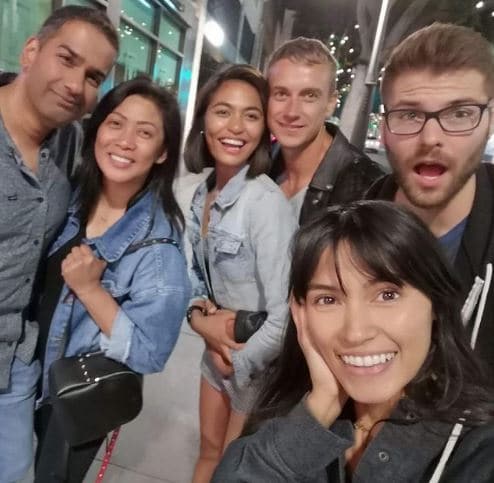 However, we might have to wait for Alaiza to confirm the details on her relationship status.

Alaiza was born to her father, Alvin Malinao. Her father is both a farmer and a firefighter, while her mother is a farmer. Likewise, her family also includes her older brother, whom she has featured on Instagram.

Alaiza stand stands at the height of 5 feet and 9 inches. Likewise, she features a stunning slim body.