The multi-talented Alex Gonzaga, aka Catherine Cruz Gonzaga, is famous as a singer, actress, Filipina television host, vlogger, and also an author. She has won the 2013 PMPC Star Award for the category in the Best Talent Search Program Host.

Alex was born on 16 January 1988 in Taytay, Philippines. She is currently 32 years old and possesses the birth sign of Capricorn. She is the Philippines by nationality and holds the ethnicity of Filipinos. Regarding her education, she did her Bachelor of Science in Child Development and Education from the University of Asia and the Pacific.

Alex started her professional career in 2007 with ABS-CBN’s sitcom Let’s Go, where she portrayed the role of Alex, which indirectly became her nickname. The same year she also debuted in the film named I’ve Fallen For You portraying the role of Samantha. After that, in the year 2013, she appeared in The Voice of the Philippines as the host. There she served till 2015. Similarly, a year later, she was cast in another film named The Amazing Praybeyt Benjamin as Gundina Galamiton, which officially made her entry for the 40th Metro Manila Film Festival.

Moreover, in the year 2018, she also hosted the show named Star Hunt: The Grand Audition Show. The same year she was cast in three films named Nakalimutan Ko na Kalimutan Ka as Jaz, Everybody Loves Baby Wendy as Wendy and in Mary, Marry, Me as Mary Anne “MA” Lagman. Her next credit as an actress will be in the film named Love The Way You Lie.

Alex Gonzaga is engaged to her politician boyfriend, Mike Morada. On 17 January 2020, she shared a video via Instagram where Mike purpose her while walking together. With excitement in her feelings, she said “YES” to him.

Moreover, she also shared a picture on the occasion of her birthday, where it appeared to be an engagement ring on her right finger. 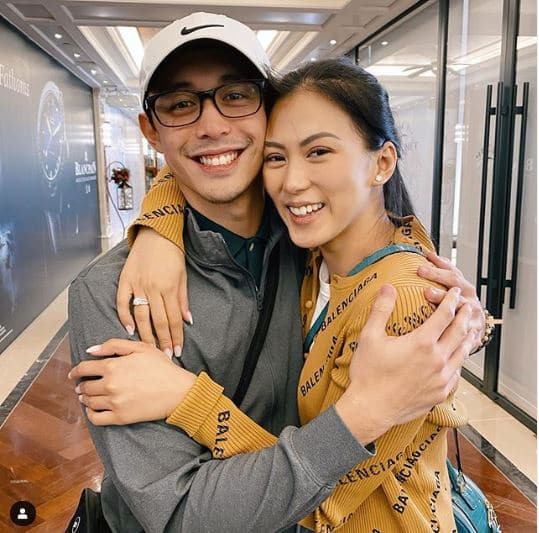 The couple started dating each other since 2016. And enjoying their dating life together for four years, they now have a strong bond.

Alex was born to Filipina parents. She is the daughter of Carlito Gonzaga and Crisanta Gonzaga. She was raised with her sister Toni Gonzaga. 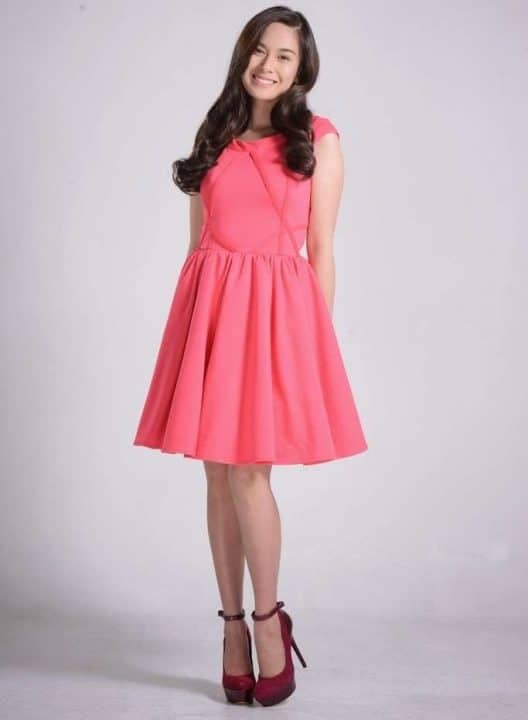 Alex is blessed with a decent body measurement of 33-24-35, where she stands tall at the height of 5 feet 8 inches. However, information regarding her weight is still unknown to the media. She has black colored hair with pairs of glowing brown eyes.