Alexa Pena Vega, an American actress, and singer got the center of attraction for portraying the role of Carmen Cortez in the Kid’s movie, Spy Kids, in 2001 and became part of the sequel. Additionally, she has won millions of hearts with her acting in the TV Screens with “Ruby and the Rockits.” In January 2019, she broke the internet with the news of her second child on Instagram.

Alexa was born in Miami, Florida, the USA, on 27th August 1988. She is American by nationality and possesses mixed ethnicity (Colombian and British Isles descent). She shared her childhood in a large family with six siblings.

Alexa began her career in the film industry with a movie titled, Little Giants where she played the role of Priscilla O’Shea in 1994. After two years in 1996, she appeared in the movie Twister when she was just five years old. Until 2001, she appeared in movies like The Glimmer Man, Ghosts of Mississippi, The Deep End of the Ocean, Follow The Stars Home, and so on.

In the year 2001, she portrayed the role of Carmen Cortez in the Kid’s movie, Spy Kids, which got immense love from the audience. Following the movie, she appeared in the sequel of the film in 2002 and 2003. With the success of the film, she got movies like Innocent, Mother’s Day, Sleepover, and so on. In 2015, she lent her voice for the film Pixies as Michelle Meyers.

Apart from her career in the big screens, she has done remarkably well on the TV screens as well. In 1994, she started with Evening Shade as Emily Newton, followed by series like Chicago Hope, Life’s Work, and so on. She then became a regular cast in the series like “To Have and To Hold,” “Ladiesman,” and “Walkout.”

In 2018, she appeared in TV series like Love at Sea and Christmas Made to Order. Additionally, she has sung for soundtracks of movies like Spy Kids, Ruby & the Rockies, and The Devil’s Carnival.

With all these works, Alexa has garnered a net worth of around $16 million.

Alexa is a beautiful young lady who found love in film producer, Sean Covel and the couple decided to tie the knot in Sean’s hometown, Lead, South Dakota. However, her marriage did not last long, and she announced her divorce via Twitter in 2012.

A year later, she began dating singer and actor, Carlos Pena Jr, and the couple got engaged in August 2013. On 4th January 2014, Alexa got married to Carlos in a ceremony filled with their loved ones in Peurto Vallarta, Mexico. They welcomed their first baby in December 2016 named Ocean. And on 18th January 2019, she announced via her Instagram about their second child.

Alexa was born in Miami and later moved to Ocala, Florida, and stayed there for four years. Her mother belongs to the fashion industry as she is a former American model, and her father belongs to Colombia. She shared her childhood with her six siblings, including an actress named Makenzie Vega. 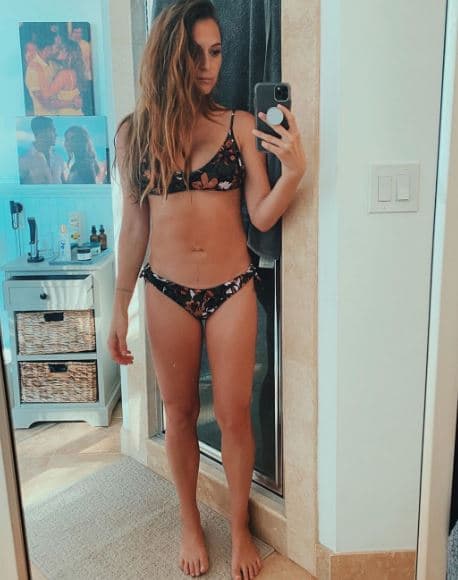 Alexa stands tall with a height of 5ft and 1inch and has blonde hair color with brown eyes.