German professional tennis player Alexander Zverev is best known for winning the 2014 Jr. Australian Open. He is the second-youngest player in the history of Association of Tennis Professionals (ATP) to be ranked in the top 10.

Alexander, only at the age of five, started playing tennis. With his growing age, his passion for tennis started to grow as well.

Then, he soon started playing professional tennis and was the number 1 junior player in 2013. He went on to play many international matched and won many of them. Out of all, the Junior Australian Open (2014), and Open de Nice Cote d’Azur (2016) are one of his most significant achievements.

Talking about his 2019 stint, he won three round in Rogers Cup held in Montreal, Canada from 5 August to 11 August 2019 but lost in the Quarterfinals. He is now competing in the Western & Southern Open which began from 11 August.

Besides playing professional tennis, he is also an ambassador of the car Peugeot and the swiss watch Richard Mille. Well, that is too much of a job for a young man like Alexander. But, with this, he might be the youngest wealthiest player possessing a net worth of $14 million.

Although Alexander has a list of girlfriends at such a young age. First, he was rumored to be dating Belinda Bencic, a Swiss tennis player in 2015. But with time, the rumors faded. And for a couple of years, he remained num with relationships. However, he went on to date Russian tennis player, Olga Sharapova in 2018.

As of now, he is rumored to be dating Lena Gercke, a German model. However, the confirmation has not been made by the pair.

Alexander was born to parents Irina and Alexander Jr. He has a brother named Mischa who is also a professional tennis player. He is ranked No. 25 worldwide. 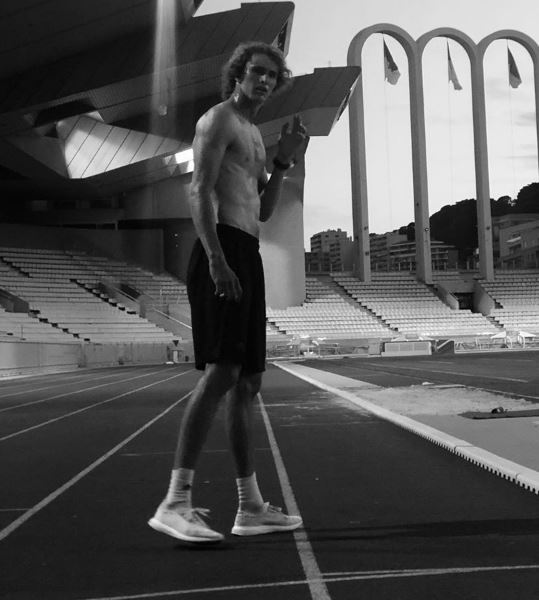 Alexander stands tall at a height of 6 feet 6 inches and weighs 83 kgs. He has blonde hair and light green eyes.