Allegra Versace is a well-known name in the fashion industry and belongs to elite family members. She is an Italian model, heiress, and a socialite, popular as the director of Gianni Versace S.p.A, since the year 2011.

On June 30, 1986, Allegra was born in Milan, Italy. She is 33 years old and has a birth sign, Cancer. The ethnicity of Allegra is Caucasian and is a national of Italy. She completed her education from Sir James Henderson School and later joined Brown University. Apart from that, she has attended The University of California, Los Angeles, and studied Art History, Theatre, and French. 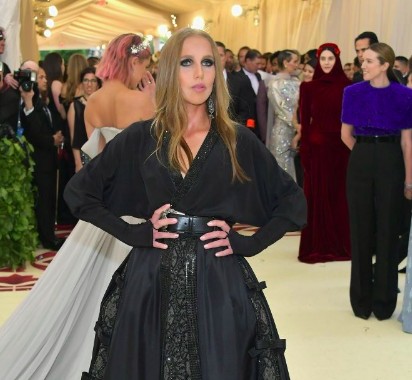 As a child, Allegra was a bright kid and was adored by many people. She is the niece of late Gianni Versace. He was the founder of Versace, an international fashion line that produces make-up, furnishing, Fragrances, and many more. At the age of 50, Gianni was killed, and his will shocked the world.

He gave his 50% fashion empire to Allegra. Allegra inherited her stake, worth $500 million when she turned 18 years old. However, she didn’t involve the family business until she was 24. Allegra works as the director of Gianni Versace S.p.A. Moreover, she is an eminent person in the fashion industry and attends numerous fashion events and ceremonies.

No doubt her worth has landed her all the comfort. As a child, her wants and needs were quickly met by her family. Her net worth is estimated at $800 million.

The sensible and fashionable girl Allegra has awed the world with her characteristics and sense of fashion. However, the gorgeous lady has kept her personal life away from the peering eye of the media.

She is not a married woman and hasn’t given any hint about the man she is dating. Nevertheless, she might be pursuing her life as a single person and enjoying the perks that tag along. 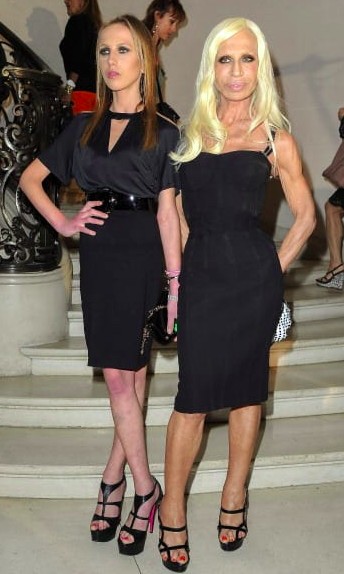 Allegra was born to parents Paul Beck and Donatella Versace. Her father is a former fashion model while her mother is a Italian fashion designer. Moreover, her parents raised Allegra along with her sibling, outside of Milan. The name of her brother is Daniel. She is the niece of fashion designer Gianni Versace who was the founder of the Versace. 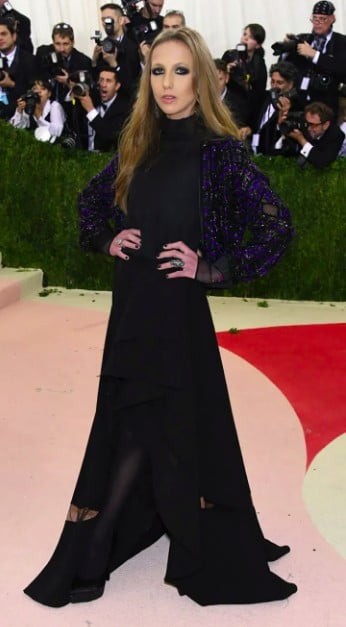 Blessed with slim body size and slender physical appearance, Allegra has an average height. The bodyweight of Allegra is 50 kg. The color of her hair is light brown, and she has grey eyes.