Ally Brooke is a Mexican-American singer as well as a model. She is best known as a member of the favorite band Fifth Harmony.  Before being in the group, she had auditioned for the musical reality show The X-Factor season 2. Since then, their group has published hit songs Works from Home and Worth It which has peaked in various top charts. She is also an actress known for appearing in “Famous in Love,” “Fifth Harmony: He Like That” and “Fifth Harmony: Don’t Say You Love Me.”

Now let’s take a peek into her personal and professional profile to know some unknown facts about her!

Born on 24th July 1993, Ally Brooke’s hometown is in San Antonio, Texas, U.S. She is Native American belonging to mix ethnicity of Mexican and American. Her zodiac sign is Leo. She is the daughter of Hernandez family to Jerry and Patricia Hernandez. According to her parents, she was a six week premature baby weighing 1 pound and 4 ounces. Moreover, she got he education from Cornerstone Christian Elementary School in San Antonio. Later, completed her high school education through home-schooling.

Career as a Singer

At the age of nine, Ally began pursuing her dream by performing at high school, sports and charity events. Then in 2012, She auditioned for the musical reality show The X-Factor season 2. She played the Jaci Velasquez’s song “On My Knees” where Simon Cowell praised her by saying she can be a future superstar. During the X-Factor, Ally along with Lauren Jauregui, Dinah Jane Hansen, Camila Cabello, and Normani Kordei found the band “Fifth Harmony” and secured third place in the season.

Some of her hit songs include Sledgehammer, Boss, Worth It and Work From Home. As of now, she has signed a solo management deal with Lary Rudolph and Maverick/ReignDeer Entertainment and is pursuing a solo music career.

The YouTube channel of Fifth Harmony has more than 10 million subscribers. On 21st February 2013, they joined YouTube. As per SocialBlade.com, the channel makes the income of $200.3K monthly and $2.4 million yearly. 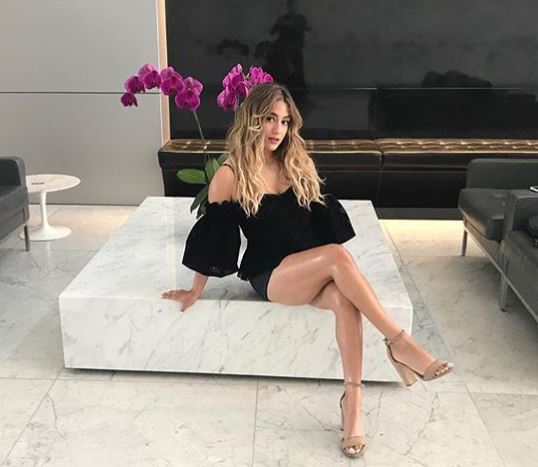 Ally Brooke net worth is estimated at $3 million. She also earns a high salary from the group’s self-entitled YouTube channel.

On, 1st April 2014, the news of Ally’s engagement broke down all over the internet after her group Fifth Harmony tweeted saying,

OUR SISTER @AllyBrooke is getting ENGAGED!!!!!! We wish her all the happiness and love in the world #CongratsAllyWeLoveYou

The tweet later confirmed as a prank on the occasion of April fool’s day. Since then, there isn’t any possible news of this talented singer’s engagement. Could it be Ally waiting for a prince charm of her dream?

Well, she was once in a love relationship with the Drew Chadwick, who is a singer. The ex-pair began dating in 2012 and parted ways within a couple of months.

Reportedly, she began dating a handsome boyfriend Troy Ogletree; who is a musician as well as a YouTube star. The duo started their love life journey in January 2013. They were fond of sharing their pictures on their social media site and even shared their exotic vacations photos on their accounts.

The duo often spotted in various music events and social gatherings. They were also speculated as a perfect soul mate.  However, after sharing their love for nearly three years, Ally and her boyfriend called it quit in November 2015. On 3rd November 2016, Ally Brooke’s boyfriend even tweeted saying breakup sucks!

As for 2018, Ally dating status is reportedly single. She is currently busy with her upcoming solo music and could be waiting for someone special.

Ally was born in the house of Hernandez to parents Jerry and Patricia. She never misses wishing her father on the Father’s day special by sharing a beautiful picture of them in every 19th June. Moreover, her mother Patricia suffered from severe distortions of the spine which is called Scoliosis; the sideways curve of the spine that hinders of her movement. Regarding Aly mother’s health, she is conscious and takes care of her intensively.

In her family, she has siblings; brother Brandon. During her appearing on the X-Factor show in 2012, She also went through a tragedy of losing her beloved grandfather. 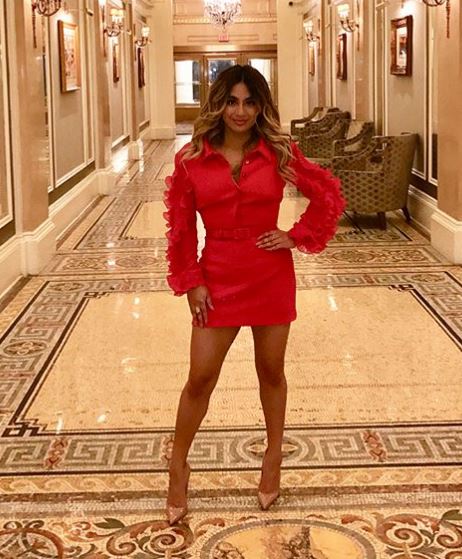 As an American singer, Ally’s height is measured at 5 feet (1.52 m) and weighs about 51 kilos. She was born five weeks premature baby, weighing 1 pound and 4 ounces. Her skin is white toned, has dark brown hair (now dyed) and brownies eyes.