Amanda Knox, an American woman, spent four years in prison following the conviction for the murder of Meredith Kercher in 2007. After spending years in an Italian prison, she got freed in 2011. Continuing to live a healthy life now, Amanda is on the verge of getting married to her longtime boyfriend. Also, she has around 46k followers on Instagram.

Amanda was born in Seattle, Washington, the USA on 9th July 1987. She is of American nationality, and her zodiac sign is Cancer. Amanda’s parents are Edda Mellas and Curt Knox.

Spent years in an Italian Prison

On 1st November 2007, Amanda’s flatmate, Meredith Kercher, was found dead in their apartment. Amanda had spent a night with her then-boyfriend and came back to her apartment at 9 pm; just to fins Kercher’s bedroom locked and blood stains in the flat. Amanda then called the police but, she and her boyfriend, Raffaele Sollecito, got accused of murdering Kercher.

In the trial for the murder of Kercher, Amanda, and Sollecito, both got sentenced for the prison of 26 and 25 years respectively. In Italy, the Italian media portrayed Amanda in a negative light which resulted in her imprisonment. However, her lawyers appealed for a second trial, and after a long process, she got freed in 2011. The US Forensic experts found the evidence incompatible with her involvement. On 27th March 2015, all the charges against Amanda and her boyfriend were upheld and got exonerated by Italy’s highest court.

Amanda returned to her home country, USA, after she got found innocent by the courts of Italy. She then completed her degree and started to work on a book about her case that almost again ruined her life. Soon after, Amanda released her book titled, “Waiting to be Heard” and earned quite some money, she had to pay the Italian lawyers. 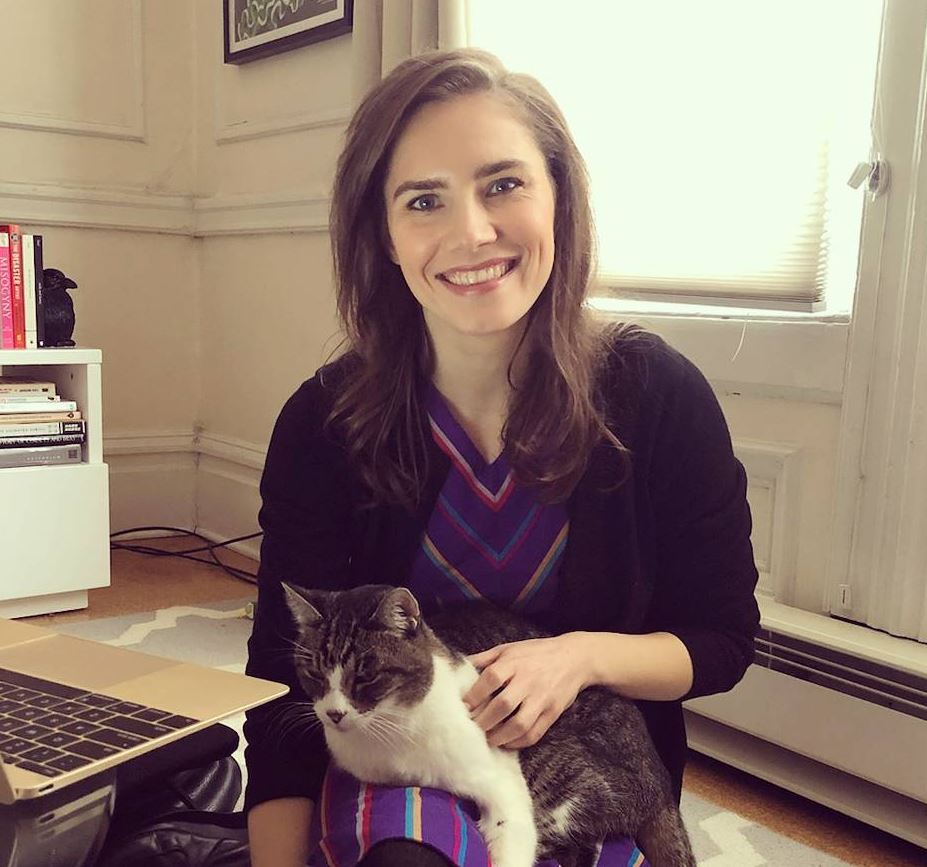 Then after, Amanda started to work as a journalist and reviewer for Westside Seattle. In 2017, she revealed that she wanted to dedicate her life helping people, who are falsely accused. Taking her job along, she became the host of The Scarlett Letter Reports and The Truth about Crime. However, the detail about her income and salary are still confined. As of 2019, Amanda’s net worth is estimated at $200 thousand.

Despite all the incidents and all the odds, Amanda, age 31, found her true one. Now, she is living a happy life with her longtime boyfriend, Christopher Robinson. She continually posts about her love life in her Instagram account.

As per E! News, Christopher even proposed her in a very romantic alien themed proposal in the backyard of their house.

Amanda grew up in Seattle with her parents, Edda and Curt Knox. She shared her childhood with her sister, Deanna. Amanda, later, completed her education from the University of Washington.

Amanda stands tall with decent height and healthy weight, but her actual measurements are not yet public knowledge.