Amber Ruffin is a comedian, TV host, writer, actress, author, and playwright who hosts her own late-night talk show on NBC’s streaming service Peacock titled The Amber Ruffin Show. Besides, she has also been the writer for Late Night with Seth Meyers. As an author, she co-authored a book with her sister, You’ll Never Believe What Happened to Lacey: Crazy Stories about Racism, which earned the title of the NY Times Best Seller List.

Amber Mildred Ruffin was born in 1979 in Omaha, Nebraska. She celebrates her birthday on January 9, which makes her age 42. Likewise, she holds American nationality and comes from African-American ethnicity. The TV host graduated from Benson High School.

Amber started outperforming in theatres in 2001. After meeting Charna Halpern, she motivated Amber to move to Chicago. After finishing her classes in iO, Amber moved to Amsterdam, where she worked as a writer and performer for an improved comedy troupe, Boom Chicago Amsterdam. After returning to the U.S., Amber performed as part of The Second City, and in 2011, she moved to Los Angeles, where she joined the YouTube group, RobotDown. Moreover, she was also a member of Sacred Fools Theater Company. 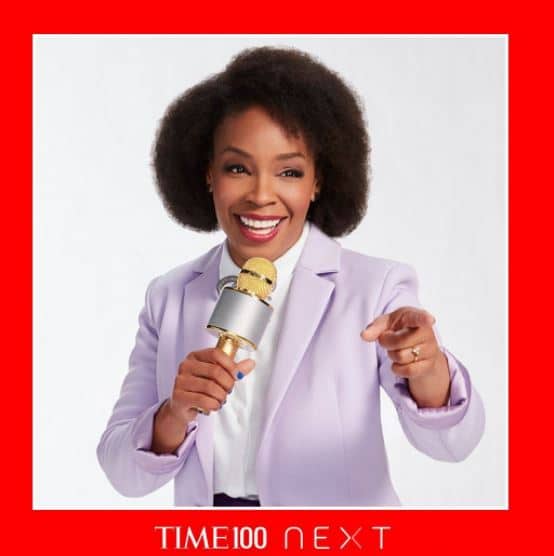 Likewise, Amber is also the writer for Late Night with Seth Meters since the show’s start in 2014. Besides, she has also written for the Comedy Central show Detroiters and was a regular narrator on the Comedy Central show Drunk History. In 2019, she was also the writer for the first season of A Black Lady Sketch Show on HBO. At the start of 2020, Amber announced she would be hosting her own late-night talk show, The Amber Ruffin Show. The show premiered on September 25, 2020. In 2021, Ruffin was announced to co-write the Broadway-bound musical adaptation of Some Like It Hot. As of 2021, Amber Ruffin’s net worth is estimated to be in the thousands.

As Amber leads her own late-night show, many are interested in knowing about Amber’s married life. Amber is married to Jan Schiltmeijer, who hails from Haarlem, Holland. The pair met in 2008 in Amsterdam when Amber was working with Boom Chicago. Likewise, they tied the knot in 2010 and have been inseparable ever since.

Amber and her husband do not share any children as of yet. Regardless, Amber opened up about her experience as an interracial couple in America. The late-night host shared,

“I’ve had to teach Jan that when we’re together, he has to move through the world as I do,”

“Once, when he was yelling at a guy about something in the street, I said: ‘If you’re by yourself and you want to yell at someone, I don’t care. But you cannot do that with me around, because if the police show up, you’ll be fine, but I’m going to jail.’”

Amber was born to her parents, Theresa and Lamar. Her parents are Air Force veterans and ran a big daycare center. Amber is the youngest of five children, which also includes her sister, Lacey Lamar.

Amber stands at the height of 5 feet and 8 inches. Likewise, the TV host possesses black-colored hair and eyes.