Amy Dowden is a well-known dancer who is known to compete in the BBC dance series, Strictly Come Dancing. However, she started dancing at a very young age and has won many dance competitions including British National Dance Championship and World Championship in 2015. The dancer seems to have big plans for 2021.

Amy Dowden was born in 1990 in Caerphilly, South Wales. She celebrates her birthday on August 10th, which makes her age 30 and birth sign Leo. She suffers from Crohn’s disease.

Amy Dowden came into the spotlight upon appearing on the BBC’s Strictly Come Dancing. She became the first Welsh professional dancer to join the show when she appeared in the 15th season in 2017. She debuted with her dance partner, comedian, Brian Conley. Later, she appeared for the 16th season and was partnered with Danny John-Jules. The couple were eliminated in Week 8. 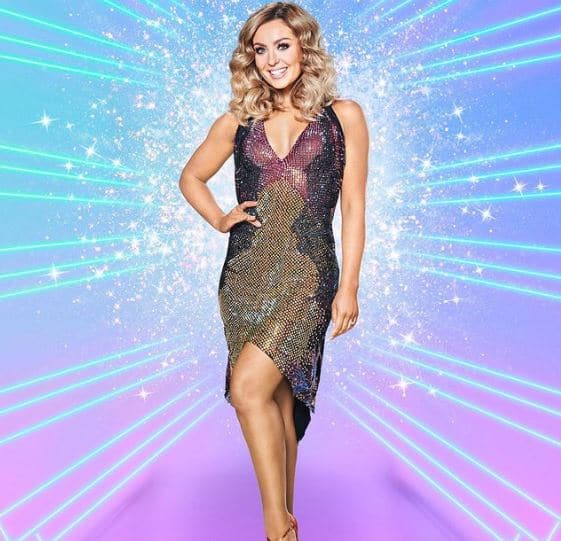 She later performed with Karim Zeroual in the 17th season and JJ Chalmers in the 18th season. She had reached 6th place during her last appearance. Besides, she also headlined her own tour ‘Here Come the Girls’ in 2019 along with Dianne Buswell and Chloe Hewitt. Likewise, she also announced her appearance with Jones at 2021 Dancing With The Stars Weekend. For 2021, the dancer will be touring with the show Strictly Present The Power of Dance. As of 2021, Amy Dowen’s net worth is still under review.

Amy has earned huge admirer from her dance moves on the BBC show. While many might not be aware, the dancer is actually engaged to her long-time boyfriend, Ben Jones.

The duo was engaged on New Year’s Eve in 2018. Likewise, her fiancé is also a dancer, and the couple runs the Art in a Motion dance school in Dudley.

The dancer was born to her parents, Gillian Dowden and Richard Dowden. Her parents are very supportive of her career and the dancer is often featuring her father on social media.

Likewise, she also has a twin sister, Rebecca, and a brother, Lloyd.

As a dancer, Amy has maintained an impressive physique. She has a stunning body and a height of 5 feet and 9 inches. She has dyed blonde hair and beautiful grey eyes.