Andrea Lee is a mixed martial artist (MMA), and kickboxer who is a sixty-fourth “Current Best Pound For Pound Female MMA Fighter” and “fifth Current Best Female Flyweight” in worldwide ranked. She is known for signing a contract with Ultimate Fight Championship (UFC). Also, she won the LFA Women’s Flyweight Champion in 2017.

Andrea Lee was born in Atlanta, Texas, U.S in 1989. Her birthday falls on the 11th of February and possesses the zodiac sign of Aquarius. She also holds the American nationality and white ethnicity. Talking about her education, Andrea graduated from Queen City High School.

Andrea made her debut in MMA career by fighting against Shanon Sinn in Invicta FC and winning by unanimous decision. Then, she got defeated after fighting with a more experienced competitor, Roxanne Modafferi. She made back on track after winning by armbar submission against Rachael Ostovich at Invicta FC 14: Evinger vs. Kianzad. In 2017, Andrea got crowned as LFA women’s flyweight champion after defeating Heather Bassett. 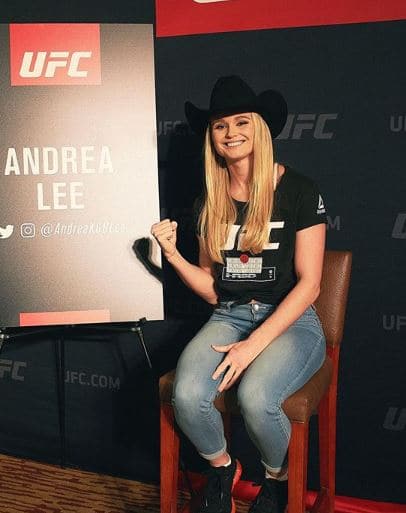 Eventually, Andrea signed a contract with UFC in September 2017. But, she got her first UFC debut on the 19th of May 2018 against Veronica Macedo at UFC Fight Night 129. She won by unanimous decision and earned her Fight of the Night bonus as well. 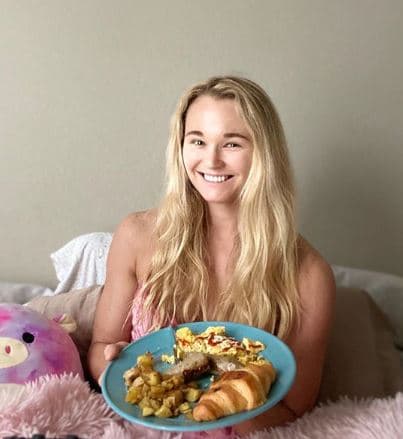 However, Andrea’s net worth remains under review.

Andrea is a married woman and a mother of a daughter named Ainslee. She shared her vows with Donny Aaron, who is a retired kickboxer. But, the duo hadn’t shared when they tied the knot.

Andrea and her husband Donny lived separated life due to their career, which led ups and downs in their personal life. In June 2019, her husband was accused of a racist tattoo, which brought several negative comments in Andrea’s life. But, she defended saying that he inked while he was in jail and now he is a changed man. 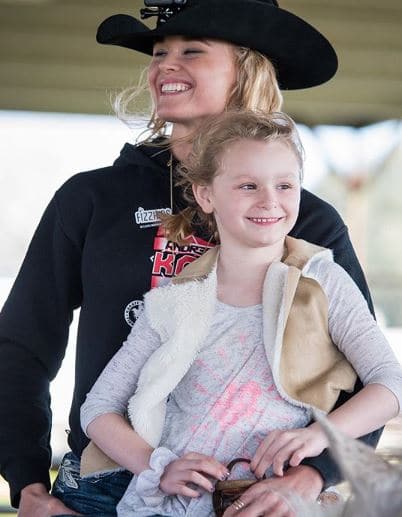 Afterward, Donny got filed for allegedly trying to choke Andrea as well as burning her with a cigarette. Then, he was charged with domestic violence. But, Andrea’s husband was free form the jail in 2019.

As of now, the duo has been living separately.

Andrea was born in the Lee family and possesses white ethnicity. However, she hasn’t talked anything about her family and siblings’ information.

As a fighter, Andrea knows how to keep her body maintained. She stands tall at 5 ft 6 inches and weighs around 56.7kgs. She has blonde hair color and black eye color.