Andrea Mitchell is one of the best anchors and commentators in the field of journalism. She is better known for being the NBC News Chief Foreign Affairs & Senior Washington Correspondent. Not only that, she has contributed her talent while reporting on the 2008 presidential election campaign for NBC News broadcasts. Furthermore, Andrea is recognized for her work in Today, Andrea Mitchell Reports, and NBC Nightly News.

Andrew Mitchell was born in New Rochelle, New York, U.S., in 1946. Her birthday is on every 30th of October and possesses the zodiac sign of Scorpio. Belonging to American nationality, she possesses a white ethnicity background. She is the daughter of Sydney and Cecile. Regarding her education, she went to study at New Rochelle High School. Then, she graduated from the University of Pennsylvania.

After graduating in a Bachelor of Arts degree in English literature, Andrea started working for a student radio station, WXPN as a news director. Then, she was hired at the KYW radio as a reporter. And, she rose into limelight after severing as the station’s City Hall correspondent. 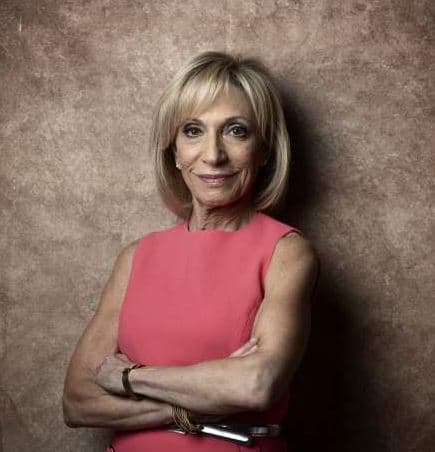 In the year 1976, Andrea was serving for the CBS-affiliate WTOP in Washington, D.C. After two years, she worked for NBC’s network news operation as a general correspondent. Since November 1994, she was named as the Chief Foreign Affairs Correspondent for NBC News. Not only that, Andrea has worked as Chief Congressional Correspondent and Chief White House Correspondent. 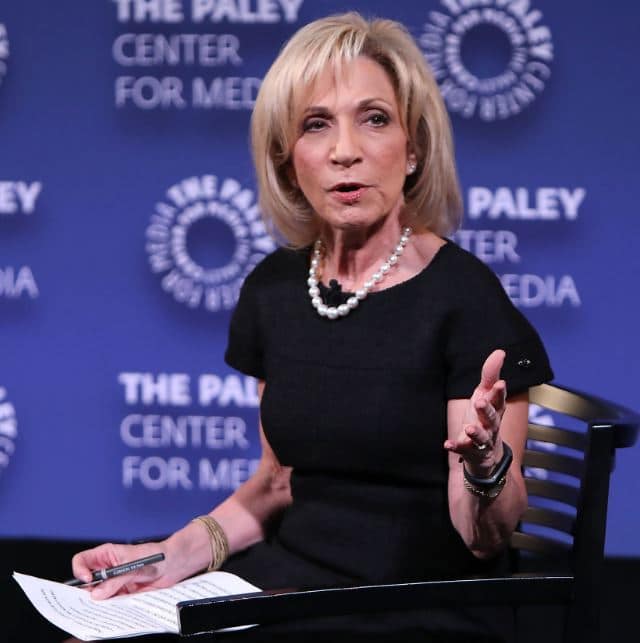 To this date, Andrea has dropped a book named Talking Back… to Presidents, Dictators, and Assorted Scoundrels in 2005. She has even served for commentary channel MSNBC’s Andrea Mitchell Reports and hosted on NBC’s news.

Before sharing her vows with Alan Greenspan, Andrea was married to another man. She had tied the wedding knot with Gil Jackson. But, their relationship didn’t last long as they got divorced back in the 1970s. 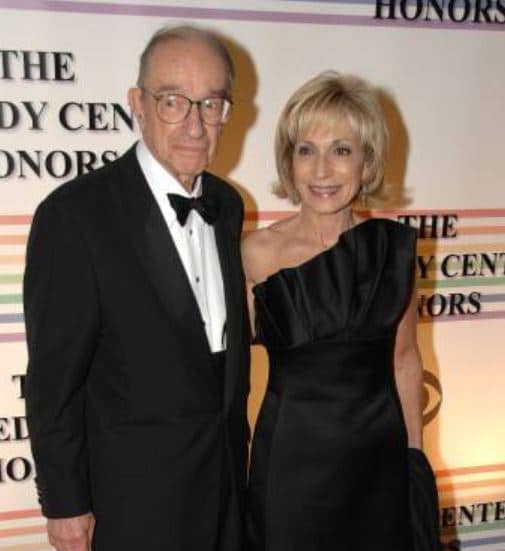 Then, Andrea got married to her second husband named Alan Greenspan. He was the former Federal Reserve Chair. The couple walked the aisle on the 6th of April 1997. The duo shares a long relationship, which has been more than two decades.

Andrea was born in Mitchell family to Cecile and Sydney. Her father was a partial owner and chief executive officer of a furniture manufacturing company in Manhattan. He was also the president for 40 years for Beth El Synagogue. Her mother had worked at the New York Institute of Technology as an administrator in Manhattan.

Andrea was raised with her brother named Arthur, who holds dual nationality of American and Canadian. Also, he is a member of the Legislative Assembly of Yukon and serves as the leader for the Yukon Liberal Party. Furthermore, he shares a blissful married life with his wife, Nancy Mitchell, and resides in British Columbia since the 1979s.

Andrea’s height stands at 1.78m and weighs around 63kg. She has blonde hair color and black eye color.