Angourie Rice is an enthralling Australian actress best known for her performance in ‘Jasper Jones,’ ‘Ladies in Black,’ and ‘Spider-Man: Homecoming.’ She is all set to appear opposite Kate Winslet in the upcoming HBO limited series Mare of Easttown.

Originally from Melbourne, Australia, Angourie Rice was born on 01 January 2001, making her a Capricorn. The 20-year-old actress is Australian by nationality but belongs to British ethnicity. She graduated from Princes Hill Secondary College in 2018.

Angourie began her career as a child actress in Perth, Western Australia, appearing in several short films and national television commercials. At the age of 11, she bagged the lead role in Transmission for which she won a Best Actress award at St Kilda Film Festival.

Angourie made her feature film acting debut with the 2013 thriller film These Final Hours. She had her break-out performance in the action-comedy The Nice Guys, where she played Holly March opposite Ryan Gosling and Russell Crowe. She then played a leading role of Eliza Wishart in the film adaptation of the novel Jasper Jones.

In 2017, Angourie played Betty Brant in Spider-Man: Homecoming and reprised the role in the 2019 sequel Spider-Man: Far From Home. She also starred opposite Miley Cyrus in the season 5 finale of Black Mirror. Her small-screen credits include The Dr Blake Mysteries, Mako Mermaids, and The Worst Year of My Life Again.

Angourie has also appeared in other films such as The Beguiled, Every Day, and Ladies in Black. To date, she has been part of several major and minor film and TV projects, which have helped her accumulate riches worth millions of dollars. As of 2021, Angourie’s net worth is estimated at $3 million.

The Melbourne-based actress has wowed millions of audiences from her exceptional acting skills. Anyone would love to be in a relationship with such a talented young lady. However, the actress doesn’t seem to have any interest in dating someone, at least for now. As of 2021, she is reportedly single. 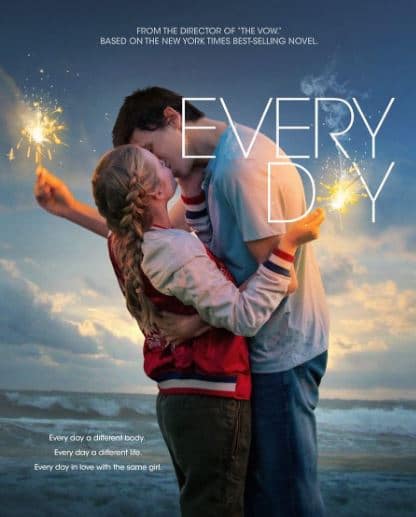 Angourie has never been linked to anyone so far. She is likely caught up with her studies, work, and career. Her social accounts are also void of her love life. It seems her love life is going through dry spell off-camera.

The young actress was born to parents Jeremy Rice and Kate Rice. Her father, Jeremy, is a musician, composer, producer, and creator famous for his work on Trapped, Ocean Star, and Gorno: An American Tragedy.

Furthermore, Angourie’s mother, Kate, is an actress and writer, best known for Ocean Star, Home and Away, and Trapped.  She grew up with her younger sister, Kalliope, who is also an actress and gymnast.

Angourie has a short height of 5 feet 3 inches. She has a well-maintained body that weighs around 52kg. Her blue eyes and blonde hair provide a perfect complement to her admirable looks.