The name Anjelika Washington may not be ringing the bell right now, but with time, she will, as she is an emerging actress in the Hollywood industry. However, she has already left marks by appearing in several films and TV series.

The American actress, Ajelika, is known for appearing on the CBS series, Young Sheldon, and in the hit show, The Runaways. On top of that, Anjelika has featured in the Netflix movie called Tall Girl and in the DCU’s, Stargirl.

Anjelika Washington was born in Bakersfield, California, in 2003. She blows her birthday candle on the 15th of May and embraces the Taurus zodiac sign. She possesses the American nationality and African-American ethnicity.

Anjelika found her love toward acting when she attended the theater course during her junior year of high school. Sharping her skills, she made her debut from the television series, Dating Pains in 2014 as Scary Spice. Then, she was cast as Lulu for the first episode in the TV series, Shameless, in 2017. 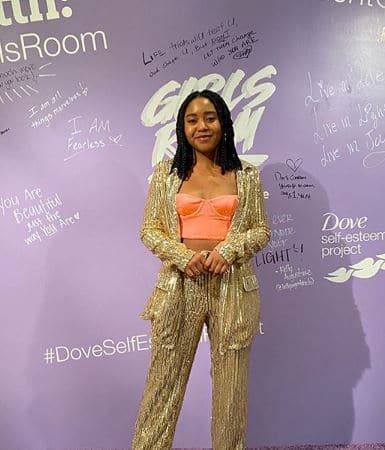 And in 2020, she appeared in the DC universe by playing the main character, Beth Chapel/Dr. Mid-Nite in the series, Stargirl. Furthermore, Anjelika is active in social media, where she has more than 64.3 k followers on Instagram. 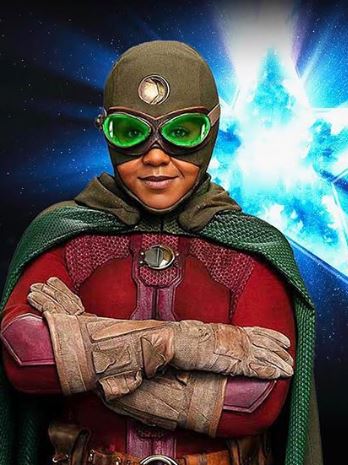 As of 2020, Anjelika’s net worth is estimated in thousands of dollars.

However, her Instagram bio has disclosed that she is a hugger, lover, and a passionate believer in human rights.

Anjelika was born in the Washington family and embraced the African-American ethnicity. But, she hasn’t shared any detail about her parents and siblings.

Anjelika’s height and weighs remain confined at the moment. She has black eyes and has curly black hair.