Anna Beth Goodman is better known as the wife of the popular Hollywood actor John Goodman. John has been part of the acting industry for many years and is no stranger to many generations. Likewise, he has appeared in over 160 movies and TV shows. However, the actor had his own difficult times where his wife supported him to the fullest.

Anna Elizabeth Hartzog was born in 1969 in Bogalusa, Louisiana, United States. She holds an American nationality and comes from a mixed ethnicity. Anna graduated from Bogalusa High School in 1986 and later studied fine arts at the University of New Orleans.

Anna is an owner of Pippenlane in Magazine, St. New Orleans, California. Her store focuses on toys for children, which she calls “A department store for kids.” Likewise, she also has her own clothing business in Los Angeles. On the other hand, her husband has often earned a huge spotlight through his remarkable career highlights. He started his career doing commercials, voiceover work, and Broadway productions. He only made his debut in 1982 in the movie “Eddie Macon’s Run.” However, he earned his breakthrough by appearing in the sitcom Roseanne, with the role of Dan Conner. 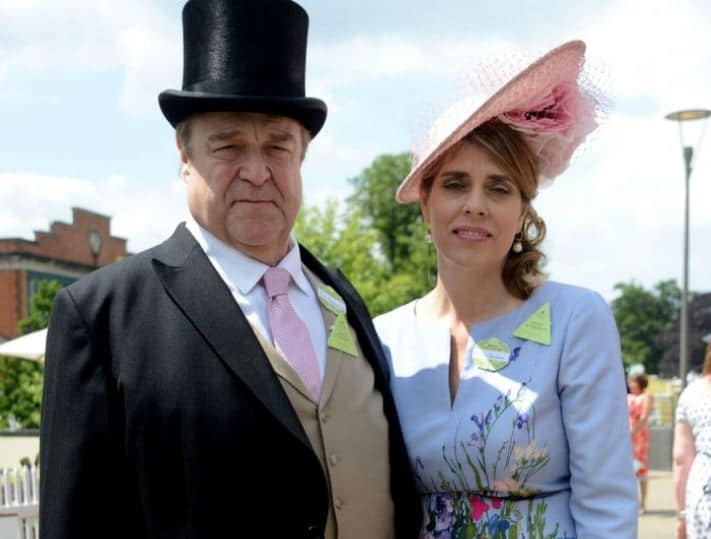 Besides, Anna Beth’s husband has film and TV credits of over 160. He has appeared in acclaimed movies like The Artist, Argo, Red State, 10 Cloverfield Lane, etc. Moreover, he has won awards such as the People’s Choice Award, Golden Globe, and Primetime Emmy for Outstanding Guest Actor. As of 2021, Anna Beth’s husband holds a net worth of $65 million.

Anna Beth shares over four decades of her life being married to her husband, John Goodman. The duo met in New Orleans at a Halloween party, where John was filming Everybody’s All-American.

The actor was instantly charmed when Anna Beth approached him and said, “Hi.” The actor shared that he “couldn’t figure out why anyone that pretty was talking to me.”

John was surprised as he was not much of a ladies man.

“I was just looking for attention all the time. I had a crush on one girl. She was out of my range—I knew I could never go with her. I just kept going into self-pity. I was really good at that.”, he shared.

Nonetheless, the pair tied the knot in 1989. A year after their wedding, they introduced their daughter, Molly Evangeline Goodman, in 1990. The pair’s daughter works as a production assistant in the movie industry. Like any marriage, Anna and her husband had their own ups and downs. The couple struggled with John’s alcohol addiction, which he later overcame. The married duo happily resides in the Garden District of New Orleans.

Anna has been very private in her life. The details of her parents are a mystery at the moment. Moreover, John’s wife has not shared if her family consists of any siblings or not.

John’s wife has often stayed far away from the media as possible. She has not shared the statistical information on her height and weight.