Antonella Roccuzzo, the name is famous as a model, an Instagram star with more than 19.5 million followers and the wife of Lionel Messi. Now let’s know more about her including her job, and more through this wiki!

Born on February 26, 1988, Antonella Roccuzzo was born in Santa Fe, Rosario, Argentina. She was born to her parents, Jose Roccuzzo and Patricia Blanko. She is Argentine by nationality and belongs to the white ethnicity. Her zodiac sign is Pisces. Paula and Carla Roccuzzo are two sibling sisters of her. For education, she went to the National University of Rosario.

Antonella Roccuzzo Net Worth and Salary

Antonella is a successful entrepreneur apart from being an Instagram star, and the wife of Messi. She owns her shop which she initiated in December 2016 along with Luis Suarez’s wife Sofia and Ricky Sarkany, a shoe designer. She also earns as a model, and for endorsing different brands. Antonella has signed a contract with Ricky Sarkany as of now. 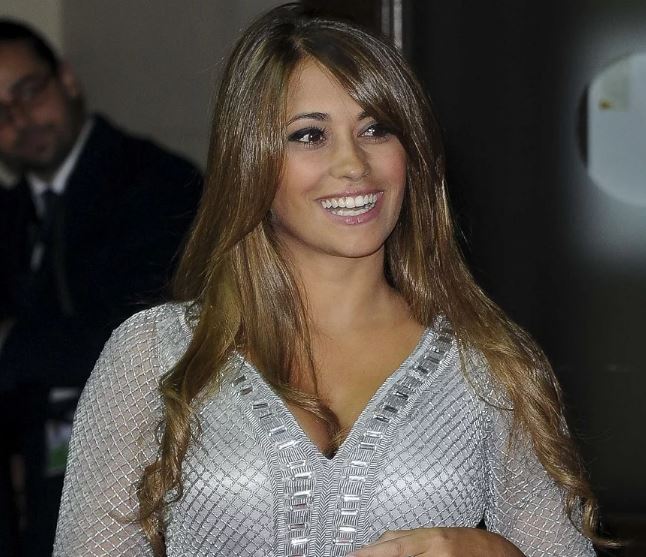 Antonella is famous not just for being a successful entrepreneur or a model, but also for being a supporting partner of FC Barcelona’s captain Lionel Messi. The duo is always together, since 1996. Once, Messi revealed how he fell for her at just nine years old. He tried his best to express his feelings but always failed.

However, both started their life as a couple in 2007 and revealed it to the whole world in 2008. Their bond grew when Messi went back to Antonella’s hometown Rosario, to calm her after her friend’s death. Messi decided to make his relationship public when he was asked about his dating life in TV3’s ‘Hat Trick Barca.’

On June 30, 2017, the pair exchanged vows in a wedding ceremony held in Rosario, Argentina. Lots and lots of celebrities were invited to the ceremony including Suarez, Sofia Dazzle, Karina Tejeda, Daniella Semaan, Aguero and Fabregas.

From the marriage, the duo is blessed with three children. Their first son Thiago came to this world on 2nd November 2012. After three years, the pair welcomed their second child Mateo on 11th September 2015.

In February 2018, Messi and Antonella revealed the fifth member of their family. The fifth member came to this world as a son, Ciro, on 11th March 2018.

Antonella is decently tall with a height of 5 feet 2 inches which is equal to 1.57 m and weighs 56 kg. Her skin is white-toned, has dark brown hair and brown eyes. Her body is measured at 35-25-36 inches.

How old is Antonella Roccuzzo?

What does Antonella Roccuzzo do for a living?

Antonella is a model, who promotes, display or advertise commercial products, and does modeling for a living.

What is Antonella Roccuzzo’s net worth?

As of 2022, Antonella has an estimated net worth of $20 million, while her husband Lionel has a $600 million net worth.

Who is Antonella Roccuzzo’s husband?

Antonella is married to her husband, Lionel Messi, who is a star football player.

How long have Messi and Antonella been together?

Messi and Antonella have been together since July 2007, however, the relationship was discovered by the public only in 2009.

How many children does Antonella Roccuzzo have?

What is Antonella Roccuzzo height?

What are Antonella Roccuzzo’s body measurements?