Ariana Madix is an American actress who has featured on MTV, CollegeHumor.com, and New York Magazine. The audience is impressed with her phenomenal acting skills on television series like vanderpump Rules, Anger Management, and Killer Eye: Halloween Haunt. Madix is a versatile actress with a national championship in cheer-leading, pom-jazz dance, and hip-hop dance.

On June 24, Madix blows the candle. She was born in the year 1985 and was raised in Melbourne, Florida. According to her birth sign, she is Cancer. She holds Caucasian ethnicity and is American by nationality. Further, she attended Eau Gallie High School. Later she joined Flagler College, graduating with a Broadcast Communications degree. Madix studied at New York University’s Tisch School of the Arts.

Madix, after completing her education, relocated to New York. While in New York, she won national dance championship, before commencing her journey into the glamour world. Madix was a caste for comedy videos releasing website Collegehumor.com. Moreover, she has ventured into television series as a guest star on Dads, Single Siblings, and Waking Up with Strangers. Some of her role as an actress in movies includes ‘Working It Out,’ ‘Killer Eye: Halloween Haunt,’ ‘Attack of the 50 Foot Cheerleader,’ ‘Dead End’ and some more as well.

Nevertheless, she has earned her name in the entertainment industry as an established actress. From her profession, she has received fair some of the income that has helped her pursue a lavish lifestyle. The estimated net worth of Madix is $400 thousand. 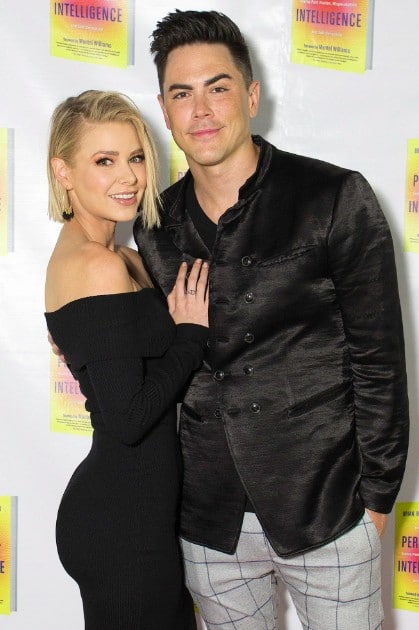 Let us dive into the personal life of Madix and know about her relationship.

It seems Madix has managed to keep her affairs secret from the media. However, it is hard to maintain a crucial low profile when your boyfriend also shares the same profession. Madix is in love with her sweetheart Tom Sandoval. The couple resides together in San Fernando Valley. Sandoval is an American actor and has ventured in films like Fire, Behind Your Eyes, The Pit, and some more.

The name of Madix’s father is Jim Madix, while her mother is Tanya. Apart from the name of her parents, the actress is yet to provide detail information on her family background.

Talking about her sibling, she has a brother Jeremy Madix. Jeremy is an American photographer by profession. 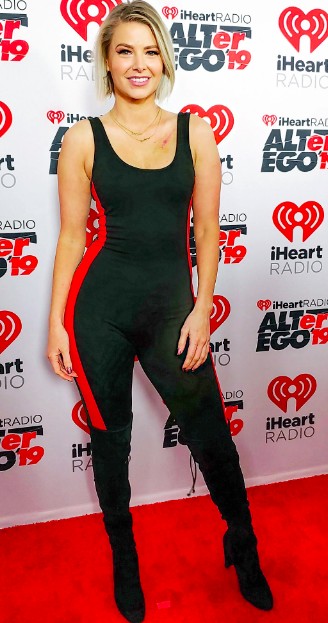 The gorgeous Madix stands with a height of 5 feet 5 inches. With a profession in the entertainment industry, it is vital to keep your body in good health and shape. The bodyweight of Madix is 55 Kg. Blessed with a figure 33-25-34 inches, Madix has a slim body build. She has blonde hair and gray smokey eyes.