Life is always a bumpy ride. It’s not just for common people like us, but for celebrities as well. With high expectations from the fans, hectic schedules to maintain to maintaining consistency in career, it is even more difficult for them. One such life story belongs to Ariel Winter, who not only had to go through several criticisms and bashing but had also been a victim of cyberbullying, verbal abuse, and molestation. Known as the badass girl in the entertainment industry, the actress is not without scars of her own.

Recognized as Alex Dunphy on the ABC sitcom “Modern Family”, she became the darling for every household at the age of 8. Besides the show, she is also a singer and voiceover actress. Her voiceovers can be noticed in Princess Sofia, Fireside Girl (Gretchen), Phineas and Ferb (Wendy Stinglehopper), Jake and the Never Land Pirates (Marina), etc. The American actress is one of the richest actresses of her age. 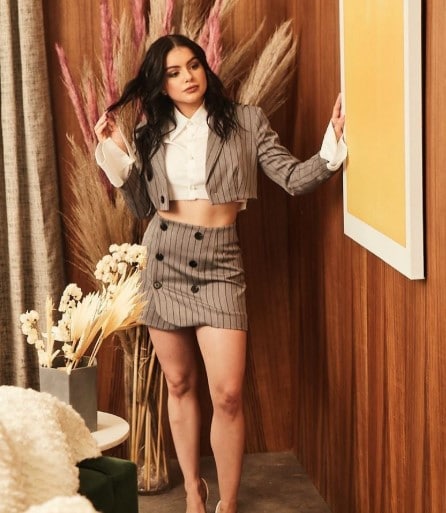 Ariel made her television debut at the age of 4 via a commercial. Since then she had been featured in numerous commercials and has appeared in various TV shows.  Her major projects have been Jericho (2006), Ghost whisperer (2008), Modern Family (2009 to date) and Sofia the first (2012 to date).  She has been awarded several times for the roles she has played and voiceovers she had done.  At such a young age, she has more than twenty years of experience in her field which is commendable.  Her income per episode form ‘Modern Family’ was reported at $75,000 to $80,000 dollars. She is very fond of cars and brands. She has various collections from Chanel, Victoria’s Secret and Christian Louboutin. In addition, she owns a Mercedes Benz and Range Rover. Besides acting she is also actively involved in singing. She sings for her band named ‘Wicked Sweet’. With her possessions and earnings, her net worth can be estimated at $12 million.

Her first relationship dates back to 2011. She dated an Australian actor Callan McAuliffe which was very short-lived. It didn’t last more than a month.  From 2012 to 2013, she dated an American actor Cameron Palatas.  In 2014, she started seeing Laurent Claude Gaudette, who was also her date to her prom in 2015 and her singing partner. Just a year later their bond weakened and they eventually separated in 2016. Ariel is currently dating another actor Levi Meaden who is ten years her senior.  They had met through her former beau Laurentt Claude.

Arial was born on January 28, 1998 in Los Angeles, California to father Glenn Workman and mother Chrisoula. She has two elder siblings. Her elder sister Shanelle and older brother Jimmy are both actors by profession. Her sister is married to “Criminal Minds” fame actor David Gary.  It is said that their mother had forced all the three siblings to act and they weren’t left with any career choice. 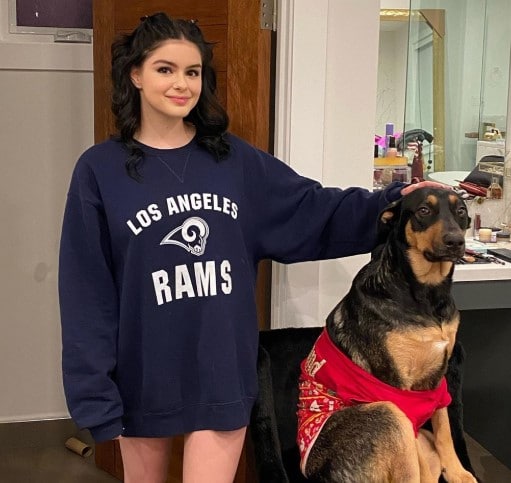 There had been several allegations against Ariel’s mother as she had been abused and molested by her own mother.  A case was filed against her mother in 2012. Her elder sister Shanelle was declared her guardian by the court on May 5, 2014, and she was legally emancipated from her mother. If reports are to be believed all three Workman siblings are not in speaking terms with their mother. Her mother has often verbally declared her hatred towards her dressing sense and acts. Chrisoula has, at times, used strong words such as ‘condemn’ while describing Ariel. Suffice to say, the relation between mother and daughter is very rocky.

Ariel had not always been curvaceous. She had been a victim of heavy criticism foe her skinny looks. She later gained weight and developed curves. Even then she was criticized of being fat and unattractive.  In June 2015, the curvaceous girl underwent a breast reduction surgery as it was affecting her physically and emotionally. 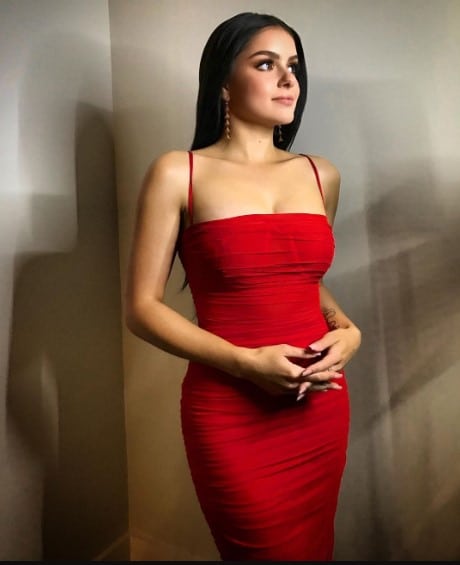 The beautiful actress has a voluptuous build and weighs around 56 kilos. Her body measures 38-28-34 inches.  She is also interested in Martial Arts and plays Taekwondo to keep herself fit and strong. In addition, she prefers weightlifting.  Despite being a natural blonde, she prefers to dye her hair black.