Arik Gilbert is an upcoming football tight end who has been earning huge attention in the world of college football. A promising prospect for football, Arik has been getting quite the spotlight. Moreover, his decision to enter the transfer portal in 2021, just a month after coming to LSU has many people question his decision.

Arik Gilbert was born in 2002 in Marietta, Georgia. He celebrates his birthday on February 22, which makes his age 19 and zodiac, Pisces. He holds an American nationality and comes from African-American ethnicity.

Arik Gilbert attended Marietta High School and as a senior, he earned the title of the Gatorade Football Player of the Year after he caught 101 passes for 1,760 yards and 14 touchdowns. Likewise, he had 243 receptions for 3,540 yards and 35 touchdowns throughout his high school career. Arik was a five-star recruit and was ranked among the top players. 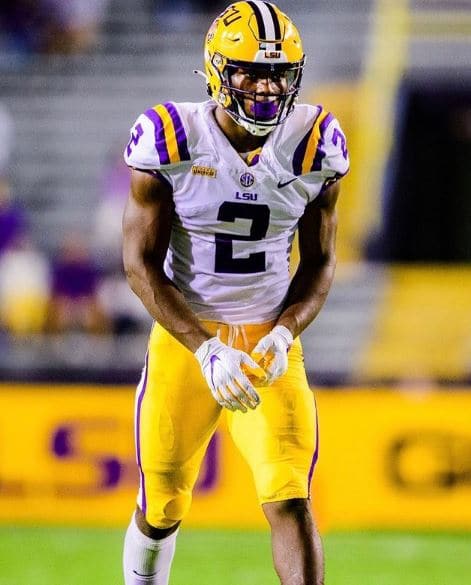 He committed to play at Louisiana State University. After spending his freshman season with LSU, he opted out the rest of the year and entered the transfer portal. Regardless, Arik is still very young in his career and his net worth and earnings still remain a mystery for now.

Arik Gilbert has been earning huge attention in the world of college football. Moreover, his position in the transfer portal has made him the center of attention for many sports fans. Regardless, many people are interested to know if Arik has someone special in his life. However, it seems that the tight end player is single at the moment. His social media does not shine any light on his dating status. Moreover, he has also not talked about having a girlfriend in public.

Nonetheless, Arik might be dating in private and might prefer a private dating life. On the other hand, he also seems to be a handful due to his promising football career. Regardless, we assume Arik to be single unless he speaks otherwise.

Arik is one of the three children born to his parents, Akiba Gilbert and Avis Gilbert Sr. Unfortunately, his parents divorced when he was three years old. Arik’s mother raised him alongside his two siblings; Avis Jr. and Amila in Marietta.

As an athlete, Arik surely has an amazing muscular body. He has a height of 6 feet and 5 inches and weighs around 115kg. Likewise, he has brown eyes and black hair.