Coming from a family of talents, Asante has also managed to put himself on the map of entertainment as he became one of the youngest actors to receive a Primetime Emmy Award nomination. Likewise, the actor also earned huge attention for his role in the popular TV show, This Is Us. Asante started his career at a very young age starting as Mowgli from The Jungle Book.

Asante Duah Ma’at was born in 2001 in Maryland. He celebrates his birthday on October 20, which makes his age 19 and birth sign Libra. Asante holds an American nationality and comes from African-American ethnicity. He had joined North Point High School in Maryland, where he also joined the Theater Department.

Asante started his career at a very young age and was already acting as an elementary school student. He had his first role as Mowgli in the performance of The Jungle Book. Moreover, his first role in “How I Learned to Be a Kid” earned him an agent. Later, he was cast as Kevin Richardson in the miniseries, When They See Us. This role earned the young actor a Primetime Emmy Award nomination, which made him one of the youngest nominees for the award. 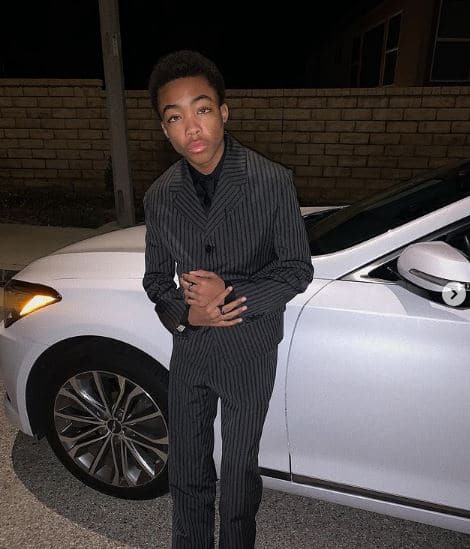 Besides, he also played the role of Michael Evans in two episodes for Live in Front of a Studio Audience in 2019. Later, the actor played the role of Malik Hodges in the series This Is Us. The series is a romantic family drama TV show which premiered on NBC on September 20, 2016. For 2020, the actor also appeared as Corey in the series Social Distance. The actor has won nominations for other awards such as Black Reel Awards for Television and Critics’ Choice Television Awards. Besides acting, Asante was also a Viner and comedian. As of 2021, Asante Blackk’s net worth is still under review.

This might be the reason why the actor has deleted the pictures of his girlfriend from his social media. However, after his last relationship, the actor has not been seen with anyone, probably due to his hectic schedule. Regardless, we will be sure to update you on Asante’s dating life in the coming days.

Asante Black was born to his parents, Ayize Ma’at and Aiyana Ma’at. Asante comes from a family of artists as his father is a poet and his mother loves singing. Likewise, his grandfather, Dennis Wiley, is an accomplished singer. Furthermore, Asante is also the nephew of the Emmy-winning actress Samira Wiley. Besides, he is the oldest child of his parents as he has three siblings including two sisters, Akaiyah and Akina, and a young brother.

The young actor has a height of 5 feet and 5 inches. Likewise, the actor also weighs around 58 kg. Asante has hazel eye colour and black hair colour.