The introduction of the Internet led to the evolvement of the world. Moreover, after the emergence of social media, web stars started to get a grip on it. Austin McBroom, who is best known as YouTuber and Instagram star also entered this world to hone his skill, and entertain all people around the world. Now let’s know more about him, his personal life, and facts through this wiki!

Born on 20th May 1992, Austin McBroom’s hometown is in Palmdale, California, United States. He holds American citizenship and belongs to multi-racial American ethnicity. The 26 years old web sensation will be turning 26 years in this May 2019. His zodiac sign is Taurus. He has a brother named Landon, but the information about his parents are confined.

Austin started his career as basketball guard, for the Saint Louis University. However, he came to fame only through social media. With more than 5.4 million fans and followers on his Instagram profile, he is considered to be world renowned web star. 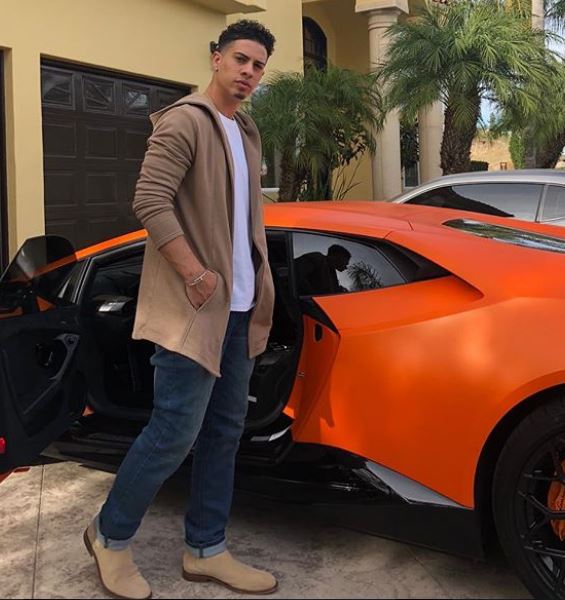 Apart from being an Instagram star, he is also associated with a prank channel named ‘The ACE Family.’ This channel has more than 12 million active subscribers.

Austin is living a successful professional life, but what about his personal life? Is he dating someone, has a girlfriend or is married already?

Well, Austin is not a married man. However, he is enjoying his dating life with his longtime girlfriend, Catherine Paiz. What’s more, he stepped up for engagement with her in August 2017. They are still planning on exchanging vows.

They are in a relationship for three long years and is blessed with a baby girl of whom they named as Elle. We can see their child’s picture is frequently shared on their respective social accounts.

The trending couple caught hype when the news of upcoming child came out on 8th February 2018. Moreover, the lovely duo is processing their wedding ceremony as well. We will soon be hearing about their marriage.

Now, Austin is a father of two little children. The Ace Family has not disclosed the second baby’s information yet. However, here is the video of his newly born princess:

Austin is decently tall with the height of 5 feet 9 inches and weighs 74 kilos. Both his eyes and hair is dark brown. Although he belongs to multi-racial ethnicity, his skin color is fairly white. The information regarding his body measurements is not disclosed.