Bam Margera is a stunt performer, TV personality, filmmaker, and skateboarder who earned fame as one of the stars on the MTV reality stunt show Jackass. He has been one of the major parts of the franchise, appearing in various spinoffs and had his own show on MTV. Besides, he has also appeared in many sequels of Tony Hawk’s franchise.

Brandon Cole “Bam” Margera was born in 1979 in West Chester, Pennsylvania, the U.S. He celebrates his birthday on September 28, which makes his age 41. Likewise, the actor holds American nationality and comes from White ethnicity. Moreover, he attended West-East High School but dropped out after his junior year.

Bam started out shooting videos of himself and his friends skating and performing stunts, leading to the CKY video series. The videos drew the attention of Jeff Termaine, and he drafted Bam into the team that would eventually form the center of MTV’s Jackass reality series. Bam was the main cast of the show and was also involved in the later Jackass franchise. Due to his success from the show, Bam earned the opportunity to have two MTV shows, Viva La Bam and Bam’s Unholy Union. 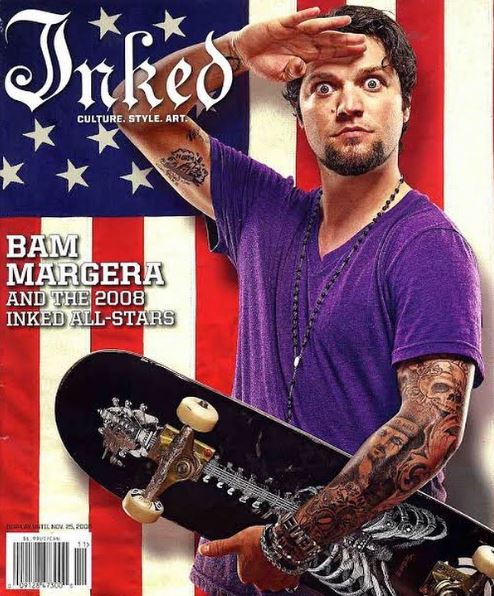 Likewise, his other appearance includes in the movie and shows like Grind, The Fantasstic Whores 4, Bam’s World Domination, and Family Therapy with Dr. Jenn. Besides, he has also worked in several movies as a writer, producer, and actor, including Haggard, Minghags, and Bam Margera Presents: Where the#$&% Is Santa? Moreover, Bam has also been involved in books like Serious as Dog Dirt and voiced a character in Scarface’s video game: The World is Yours. As of 2021, Bam Margera holds a net worth of $20 million.

Bam is married to his beautiful wife, Nicole Boyd, also known as Nikki. The pair tied the knot on October 5, 2013, and have been together ever since. They exchanged vows in Reykjavik, Iceland. Moreover, the pair also announced they were expecting a child in 2017, and in the same year, Bam’s wife gave birth to Phoenix Wolf. Bam and his wife share the same love for hilarious and kinky tales. The pair have been involved in several quirk acts throughout their marriage.

Moreover, the reality TV star is also very open to showing his love for his family on social media. He is often busy posting pictures with his family with heart-warming captions. Before marrying Nicole, Bam was in a relationship with Jean Rivell before the pair ended their seven-year relationship in 2005. Moreover, he was also married to his childhood friend Melissa “Missy” Rothstein from 2007-2012.

Bam was born to his parents, April and Phil Margera. Likewise, his family also includes his younger brother, Jess Margera. Bam’s grandfather nicknamed him “Bam Bam” after noticing his behavior to run into walls purposely.