Barkhad Abdi is a well-known actor who earned huge recognition with his debut in the drama film Captain Phillips. He earned various nominations and an award for his role in the movie. A refugee from Somalia, Barkhad had his first experience in acting from the movie and later landed roles in movies like Eye in the Sky, Good Time, and Blade Runner 2049.

Barkhad Abdi was born in 1985 in Mogadishu, Banaadir, Somalia. He celebrates his birthday on April 10, making his age 36. He holds Somali-American nationality and comes from Majeerteen ethnicity. he attended Roosevelt High School and Minnesota State University Moorhead.

Before starting an acting career, Barkhad sold phones at his brother’s shop. Likewise, he also worked as a limousine driver and a DJ. His first role came in the 2013 film Captain Phillips, playing the role of a ship hijacker and pirate leader, Abduwali Muse. He was cast for the lead role along with three other actors who were chosen among 700 participants. Barkhad earned international recognition for his role and earned $65,000. Upon filming the movie, he returned to work at his brother’s shop. 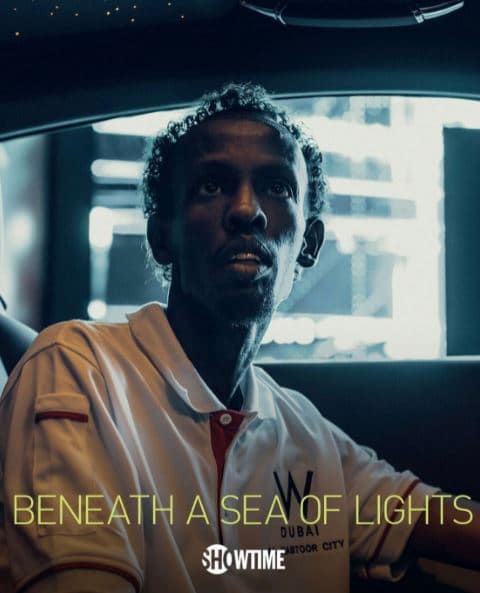 The actor was nominated for the Screen Actors Guild Award for Best Supporting Actor, the Academy Award for Best Supporting Actor, and a Golden Globe Award. He bagged a BAFTA Award for Best Supporting Actor. However, Barkhad’s acting career was far from over. He appeared in an episode of Hawaii Five-0 in 2015 and later, worked on the comedy movie, Trainwreck, though he did not appear in the final cut. In 2015, the actor appeared in the movie, Eye in the Sky, and has since appeared in Grimsby, Good Time, Grimsby, Blade Runner 2049, and A Girl from Mogadishu. Likewise, he has made appearances in TV shows like Family Guy and Castle Rock. Moreover, he is also set to appear in the movie Tyson’s Run and Agent Game. As of 2021, Barkhad Abdi is estimated to hold a net worth in the thousands of dollars.

As Barkhad Abdi has made himself a well-known actor in Hollywood, he has also earned a huge number of fans and followers. Likewise, many of his fans are interested in knowing if the actor is dating anyone or has a life partner. However, Barkhad is very silent when it comes to sharing details on his marriage. However, during the 2014 BAFTA Awards, the actor took a different approach and attended the event with his beautiful wife on 16th February 2014.

He attended the event with his wife who was dressed in a black dress. However, the actor has hardly mentioned his wife since then. Although we are sure the actor is happily married, there is no information if he shares a child with his wife. Regardless, we will be sure to update you more on his married life in the future.

Barkhad Abdi was born into a Majeerteen family. His father was a school teacher and decided to flee with his family to Yemen to escape the civil war that had broken out in Somalia. His siblings include two brothers and a sister.

“I left Somalia when I was 7 years old, but I witnessed a whole year in a war,”, he shared in an interview.

His family was accepted as legal refugees in the US and moved to Minneapolis, Minnesota in 1999.

Barkhad Abdi has a height of 5 feet and 10 inches. He has a slimly built body. The actor’s facial features include his black-colored hair and eyes and a notable lump on his forehead which he got from a car accident.