Bart Millard is a singer and songwriter who is best known as the frontman of the band MercyMe. Likewise, he also has a solo career releasing two solo albums. He has received a solo Grammy nomination in Best Southern, Country, or Bluegrass Gospel Album.

Bart Marshall Millard was born in 1972 in Greenville, Texas. He celebrates his birthday on December 1, which makes his age 48. Likewise, he holds American nationality and comes from White ethnicity.

Brat was inspired to start a full-time musical after a trip to Switzerland with his church’s youth group worship band. He remains as one of the members of the band MercyMe. The band has released six independent, nine studios, two exclusives, two Christmas, and one compilation album. Likewise, he also embarked on a solo musical career and released the album Hymned No.1 in 2005. 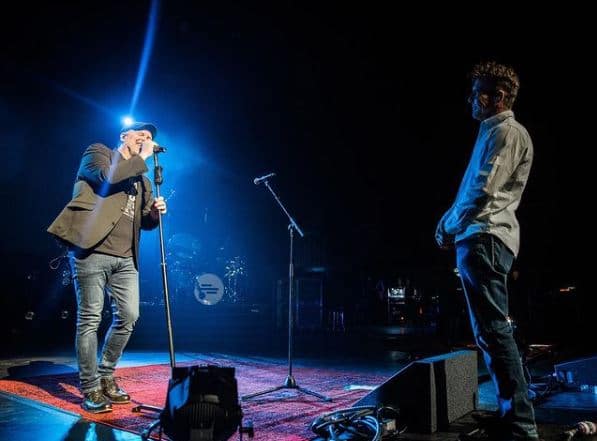 Besides, he also rereleased Hymned in 2008. Moreover, Bart has also been featured as a vocalist on “I See You,” a single by Third Day and Steven Curtis Chapman, and a backing vocalist on Phil Wickham’s 2009 single “Safe.” As of 2021, Brat is estimated to hold a net worth of $5 million.

Bart has been long time married to his wife, Shannon Millard. The singer has not shared many details of his life. Regardless, they met when Shannon was in 8th grade, and Bart was on the school’s football team. The pair tied the knot in 1997 and has been together ever since. Despite being married for over two decades, Bart does not forget to appreciate his wife on social media. On May 10, 2021, the singer posted a picture with his wife writing,

The singer has featured his family of seven many times on his social media. Bart and his family reside in Greenville, Texas.

Bart was born to his parents, Arthur Wesley Millard Jr. and Adele Millard. He lost his father in 1991, during Bart’s first year of college. He has featured his mother a few times on his social media.

Likewise, he also has a brother named Stephen Millard.

The singer stands tall with a height of 6 feet and 2 inches. The singer possesses dark brown eye color and brown hair color.