Bianca Belair is making headlines as she becomes the WWE SmackDown Women’s Champion in her first reign. She is a professional wrestler who is signed to WWE and performs for the SmackDown brand. She and her opponent Sasha Banks are also the first African-American women to headline WrestleMania. Just starting her career a few years back, Bianca has quickly progressed to become one of the prominent stars in the WWE.

Bianca Nicole Crawford was born in 1989 in Knoxville, Tennessee. She celebrates her birthday on April 9, which makes her age 32. She holds American nationality and comes from African-American ethnicity. The wrestler attended the University of South Carolina and later joined Texas A&M University but completed her college career at the University of Tennessee.

Before starting her career in the WWE, Bianca was a CrossFit competitor and powerlifter. She had appeared in different magazines before abandoning her career due to health issues. Regardless, she entered the WWE after two official tryouts, signing a contract on April 12, 2016. She had made her first appearance during an in-ring segment at the NXT live event on June 25. She later made an appearance as a part of a battle royal. 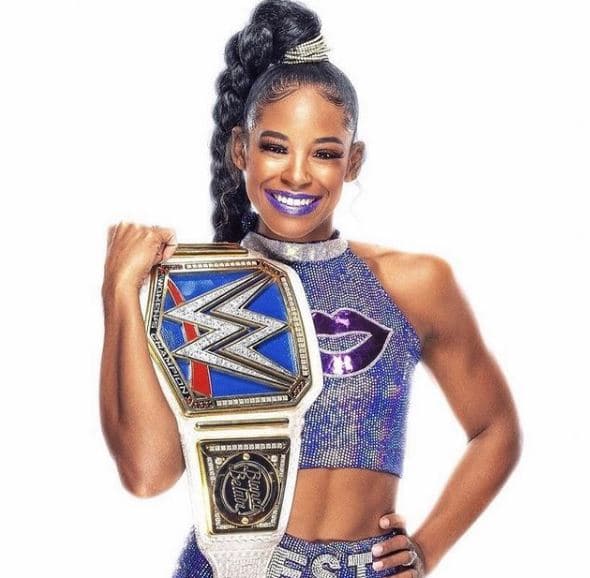 Nonetheless, Bianca made her appearance on NXT starting on January 24, 2018. She maintained an undefeated streak against wrestlers like Candice LaRae, Aliyah, and many others. In April of the same year, she made her WrestleMania debut appearing in the WrestleMania Women’s Battle Royal. On the 2020 Draft in October, she was drafted to the SmackDown brand.  Following her draft, she won the Royal Rumble match, becoming the second-ever African American Superstar to reach this feat in WWER history. Moreover, she held the title of SmackDown Women’s Champion after wrestling against Sasha Banks to a title match at WrestleMania 37. As of 2021, Bianca Belair’s net worth is estimated to be in the thousands.

Not only does Bianca hold the title of SmackDown Women’s Champion, but she also holds the title of wife to her husband, Montez Ford. Like her, Ford is also a wrestler who signed to the WWE in 2014 and debuted in 2015. Similarly, the pair also started the same year in 2015 and went to see The Blue Man Group on their first date.

Nonetheless, Bianca’s boyfriend turned into her fiancé just two years later, and the pair announced their engagement on June 9, 2017. They tied the knot a year later, on June 23, 2018. While the pair do not share children of their own, Bianca is a stepmother to Ford’s two children from his past relationships.

Bianca, being a wrestler, sure possesses peak body fitness. She has a height of 5 feet and 7 inches and weighs around 75 kg. The wrestler possesses black hair and brown colored eyes.