Bill Hader is American comedian and voice actor, who came to limelight from Saturday Night Live and parody series Documentary Now!. He has garnered three Emmy nomination and also created and stars in the HBO series Barry which will be aired in March 2018. Moreover, he also disclosed his divorce news with Maggie Carey.

So, without any delay, let’s us know Bill Hader’s personal life and professional life chapters!

Bill Hader was born in the hometown of Tulsa, Oklahoma, the U.S on 7th June 1978. He is Native American and belongs to mixed ethnicity of German, Danish, Irish, and English. His zodiac sign is Gemini. He is the son of Hader’s family Sherri Renee (née Patton) and William Thomas Hader. He grew up with two siblings; Kara Hader, Katie Hader. Bill got his education from Patrick Henry Elementary School, Edison Junior High, and Cascia Hall Preparatory School. Unable to gain admission in top film school, he went to The Art Institute of Phoenix and Scottsdale Community College.

Bill started his career by working as a product assistant where he worked 18-hours a day. Later, he served as a nighttime assistant editor at post-production facility Triage Entertainment. With the help of his close friends, he attended a Second City performance and joined the Second City Los Angeles Improv Troupe.

His performance in Animals of the Future had an impression on Megan Mullally. He was then called to audition for Saturday Night Live while working as an assistant editor on Iron Chef America.

Since he started in SNL, he landed roles in movies including Forgetting Sarah Marshall, Tropic Thunder, Hot Rod, and Superbad. He also worked as creative consultant and producer in animated show South Park.

In 2012, Bill Hader got nominated as Best Supporting Actor in a Comedy Series. That was the first time when an SNL performer was nominated in the category.

As the cast member, he shot his final episode of SNL on 18th May 2013. He also garners fame after earning an Emmy nomination for a guest appearance on the SNL.

Bill Hader also played supporting role in numerous film including Night at the Museum: Battle of the Smithsonian and Tropic Thunder. His appearance has undoubtedly helped him generating attractive income. Furthermore, he has even done voice acting in Pixar films like Inside Out, Finding Dory, and Monsters University. 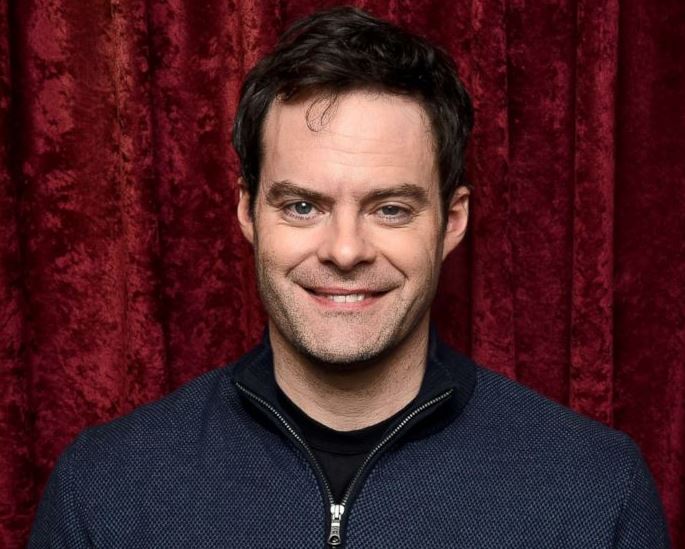 From his career, he has gained good fame and income. As of 2018, Bill Hader’s estimated net worth is $8 million.

Bill Hader was a married man. He hared his vows to a beautiful wife, Maggie Carey. His wife is also an actress who has won SXSW Film Festival’s Audience Award for “Ladyporn” in 2001 and Best Short Film for “Dance Club” in 2002.

The pair married in 2006 but didn’t disclose where did their wedding ceremony was held. The duo met each other through Carey’s friend from college in Los Angeles, California. Since then, they haven’t been apart till 2018.

Bill and his wife completed their family by welcoming their three princesses; daughter Hannah Kathryn, Harper and Hayley Clementine. Her eldest daughter, Hannah was born on 6th October 2009. On 28 July 2012, they welcomed their second child Harper. Then, on 15th November 2014, their third child; Hayley Clementine was born.

The pair were living blissful married life with their family until Hader and Carey announced their separation in 2017. In March 2018, their divorce got legally finalized.

Bill was born in the house of Hader to mother Sherri Renee (née Patton) and father, William Thomas Hader. His father owned an air-freight company and worked as truck driver, occasional standup comedian, and restaurant manager. His mother was a dance teacher. Bill’s surname originated in Germany, and his ancestry was Danish, Irish, English, and Germany. He grew up with two sibling Kara Hader and Katie Hader in Tulsa, Oklahoma. 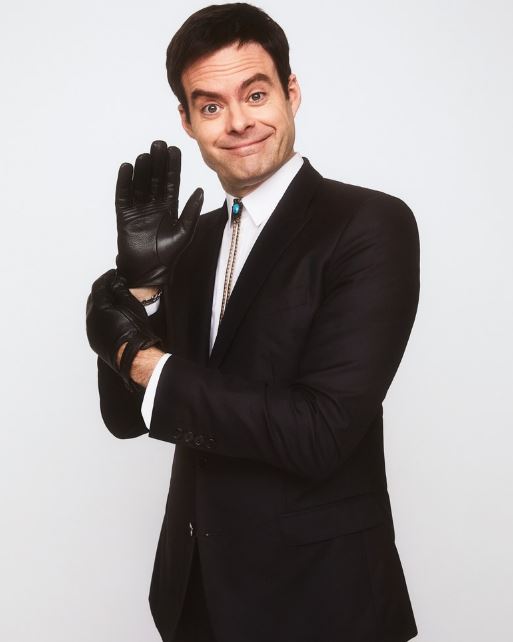 As an American comedian actor, Bill Hader’s height is measured at 6 feet 1 inches and weighs about 81 kg. His skin is white, has black hair and blueish eyes.