Brendon Smith is a competitive swimmer who represents his native country, Australia, internationally. He is a 2020 Olympian in both the 400 and 200 IM.  At the Tokyo Olympics 2021, he won his first-ever Olympic medal with a bronze and marked Australia’s first medal for Tokyo Olympics 2021.

Originally from Melbourne, Australia, Brendon Smith was born on 4 July 2000 under the star sign Cancer. The 21-year-old competitive swimmer is Australian by nationality and belongs to the Caucasian ethnicity. He is pursuing a Bachelor of Business in Accounting and Finance at La Trobe University.

Smith started swimming at a very young age and competed for Australia at the Junior and Senior level as just a teenager. He first represented his country at the Junior Pan Pacific Championships in Fiji, where he won a silver in the 400m freestyle and a bronze in the 4*200m free relay.

In 2019, Smith placed 8th in the 400 IM at Universiade (World University Games). The same year, he also competed in the 400 IM and 400 free at US Summer nationals. After competing at the Australian Swimming Trials, he was named in his very first senior Dolphins team in 2021.

At his debut performance in Tokyo, Smith broke the Commonwealth Record in the heats (4:09.27) and took home the bronze medal in the final. His accomplishment marked Australia’s first medal for Tokyo Olympics 2021.

The average Olympic swimmer makes less than 1% of what a professional football or basketball player makes. Swimming Australia (SA) provides bonuses worth tens of thousands of dollars to those who win Olympic medals. The Olympic swimmers also benefit from a variety of government grants, incentives, and endorsement deals.

No doubt, Smith has also earned tens of thousands of dollars from his impressive swimming career. As of 2021, his net worth is estimated at $50 thousand.

As of July 2021, Smith is reportedly single. To date, he hasn’t announced being in a relationship with anyone. His social accounts are also impotent in revealing his possible dating affair. It seems he is completely focused on developing his swimming skills rather than enjoying a romantic date with a girlfriend.

Smith’s family has a deep connection with the ocean. His family of three generations have switched from pool swimming to open-water swimming.

The Olympian was born to parents – Peter and Annisa Smith. His father was an outstanding swimmer in the pool and the surf, and his mother was an open-water swimmer and ironwoman competitor. The ecstatic 21-year-old is the only son of his parents. He has three sisters – Nerice, Mikayla, and Reidel. All his three sisters are national-level swimmers. Meanwhile, his sister, Mikayla, is also an aspiring Olympian.

Smith stands tall at the height of 6 feet 2 inches. As a swimmer, he has a fit, athletic body that weighs around 82kg. 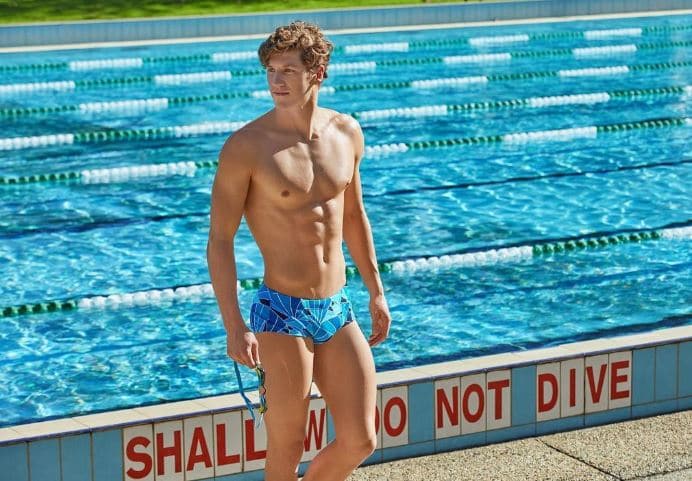 He has golden chestnut hair and grey eyes.