Brittany Furlan is a huge social media personality who became one of the top social media stars through her clips in the former video sharing platform, Vine. Although the platform is long gone, she has maintained the same level of fame on other platforms such as YouTube and Instagram. Likewise, she has also appeared in few movies and TV shows and has her own podcast.

Brittany Jayne Furlan was born in 1986 in Perkasie, Pennsylvania. She celebrates her birthday on September 5, which makes her age 34. She holds American nationality and comes from mixed ethnicity of Italian-American.

Before breaking records in Vines, Brittany tried to make a name for herself in Television. Likewise, she was signed with content network Endemol and had also appeared in the music video for the song “Fireball” by Pitbull. Nonetheless, she earned most of her fame through her short skits on Vine, where she was also the most followed female video star until 2015. The same year, she earned the title of the most influential person on the internet and had won the Viner of the Year at the Streamy Awards in 2014. 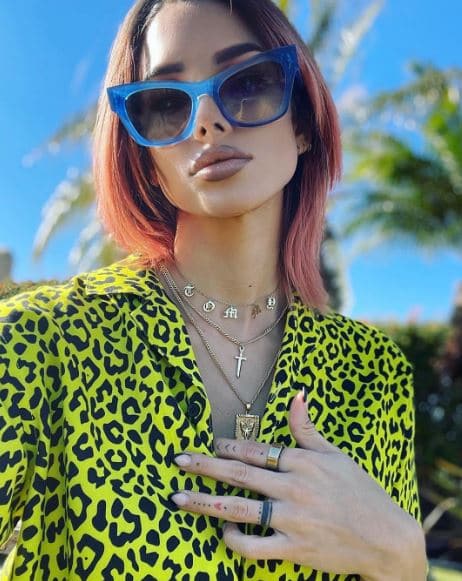 Nonetheless, Brittany has also made appearances in a few TV shows and movies. She played the role of Sara in We Are Your Friends in 2015, followed by other appearances in Wrestling Isn’t Wrestling, The Unicorn, The Dirt, Spy Intervention, and E! True Hollywood Story. Moreover, she is also due to appear in Paradise City in 2021. The influencer has over 2.4 million followers on Instagram and also has her own podcast, “Worst Firsts with Brittany Furlan.” As of 2021, Brittany Furlan is estimated to hold a net worth of $800k.

Brittany Furlan is married to a rockstar. The social media personality has tied the knot with the Motley Crue drummer, Tommy Lee. The news of their dating made headlines in 2017 when the couple was spotted making out. Although many suspected it to be a Hollywood fling, the relationship turned serious, and the couple announced their engagement on 14th February 2018.

Likewise, the duo finally got married a year later, on 15th February 2019. Brittany has featured her husband many times on her social media. Regardless, the couple does not share any children as of now. In the past, Brittany was engaged to Randal Kirk. However, the pair called off their wedding on May 19, 2015, after four years of relationship. On the other hand, Tommy Lee has been married four times as he had a marital relationship with Pamela Anderson, Heather Locklear, and Elaine Bergen.

Brittany was born to her parents, Jill Anne Pisano and Ronald Corrado Furlan.

She belongs to an Italian-American family. Likewise, her family also includes her brother Gregory Furlan.

The social media personality has a height of 5 feet and 6 inches. Likewise, she has a stunning body with amazing curves and weighs around 58kg. Moreover, she possesses dark brown eyes and dark blonde hair.