American actress, Brooke Lyons rose into stardom after her role in the television series, 2 Broke Girls (2011-2012) as Peach Landis. She is also known for playing the role of Amy in the 2008 film named Welcome Home Roscoe Jenkins. Not only that, she is recognized for her flawless acting in movies like The Trap and Beautiful Boy.

Brooke Lyons was born in Washington, D.C. U.S, in 1980. Her birthday falls on the 8th of November and possesses the Scorpio zodiac sign. She belongs to American nationality and mixed descent. She is the daughter of James R. Lyons and Penny A. (nee Sousa). She earned her education from the Joffrey Ballet School. Then, she majored in English Literature at Yale University.

Brooke started her career in acting by the debut in a speaking role in the Neil Simon’s play called Rumors. She even worked in the productions Heartbreak House and The Maids. Then, she got an acting training from The Groundlings in Los Angeles. 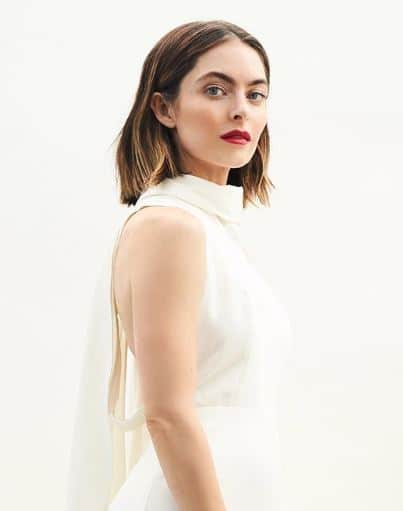 Then at the start of 2004, Brooke landed a role of Erin in the TV series called American Dreams. She appeared as Nikki Logan in the series, That’s So Raven. She even got the chance to portray as Erica in the film, The Trap in 2005. Subsequently, Brooke played in the movies and TV series like Dark Reel, The Morning After, The Inner Circle, Psych, Dead Beat, The Exes.

As of 2020, Brooke Lyons’s net worth estimation remains under review.

Brooke is married to Max Osswald. Her husband is the head of a television and film production company called National Picture Show, which is located in Santa Monica, California. He is also a graduate student from the University of Cincinnati. 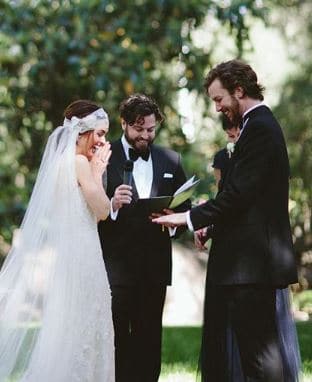 Brooke and her husband shared their oath on the 26th of April 2014. There wedding took place in a friend’s house of the bride’s family at Helene Gordon in Ojai, California. However, only close relatives and family members were invited. 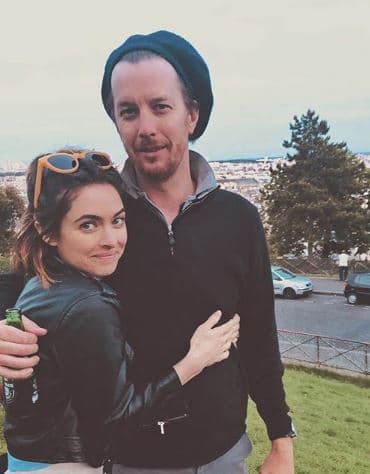 The pair has welcomed a son, Sebastian Osswald, on the 27th of August 2017. And in 2020, Brooke and Max are expecting their second child as she shared her pregnancy news via Instagram on 17th January 2020. 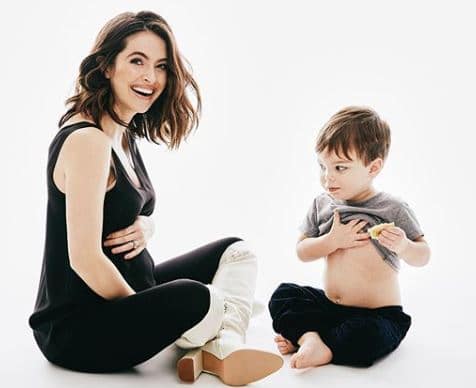 Brooke possesses a mixed descent of Italian, Irish, and Portuguese. She is the daughter of James R. Lyons and Penny A. (nee Sousa). Her father works as a surgeon, and her mother is a dancer.

Born in Washington, D.C., Brooke grew up in New Haven and Fairfield, Connecticut, as well as other towns in the state. During her childhood, she used to spend most of her time dancing and riding horses.

However, Brooke had scoliosis as a child, which prevented her from making a ballet dancer career. In ninth grade, she used to wear a back brace. Not only that, she had to undergo surgery to correct her spine. In 1999, Brooke published her first book named Scoliosis: Ascending the Curve, which was based on her experiences with the diseases.

Brooke has a height of 5 feet 2 inches, but her weight remained unknown. She has a beautiful blueish eye color and brown hair color.