Brooklyn Decker is a model who won the Esquire Magazine’s Sexiest Woman Alive Contest. She is married to the famous American tennis player Andy Roddick. She came into rising after getting featured in the Sports Illustrated Swimsuit Edition in the year 2010. She is the same person who was spotted at the shopping mall at the age of 16 and was given various opportunities in modeling.

Brooklyn Decker was welcomed to this world on the 12th of April 1987 in Kettering, Ohio, USA. She shares Aries star sign-holding American Nationality and White Ethnicity. Graduating from the David W. Butler High School, she won the Model of the Year award in the year 2003.

Brooklyn Decker was first discovered in a shopping mall when she was 16 years old. Starting off her career at an early age, Brooklyn has become a successful model as well as an actress. She has been able to achieve many things in her life and has got the opportunities to work with big companies. She has been connected with Teen Vogue, Cosmopolitan, Glamour, FHM, MTV Networks, and many more. 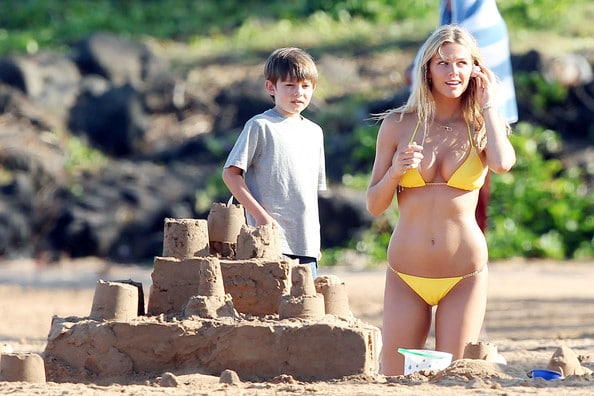 Brooklyn has successfully got featured in the Sports Illustrated Swimsuit Edition after auditioning for three consecutive times. She was featured in the year 2010, as announced by David Letterman. She made it clear that this was something huge for her, and her mother also cried alongside seeing her success.

Moreover, she has featured in movies like Just Go With It, Battleship, What to Expect When You’re Expecting, Lovesong, and many more. She has also got featured in TV series like The League, Royal Pains, Match Game, and many more. Brooklyn’s net worth is estimated to be around $10 Million.

Brooklyn Decker has been married to Andy Roddick for over 11 years now. Brooklyn and Andy first met each other in the year 2007. They were into each other eventually after meeting for the first time. Andy proposed Brooklyn, and they were into a lovely relationship, spending quality time together. 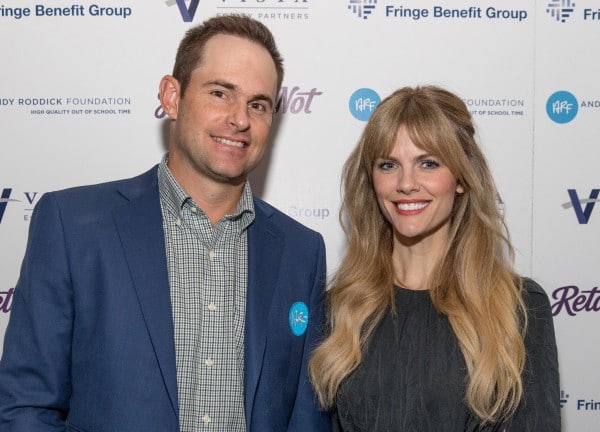 Later in March 2008, the couple got engaged as they wanted to take things further. And eventually, on the 17th of April 2009, the couple tied the knot in front of their family, friends, and relatives. The wedding was a grand one with happiness across the venue.

Currently, Brooklyn and Andy have settled down in Austin, Texas, at their beautiful mansion. The couple is blessed with a son and daughter named Hank Roddick and Stevie Roddick.

Brooklyn Decker was born to Stephan Decker and Tessa Decker. She has a brother named Jordan Decker with whom she grew up. Her mother has always been the most supportive one. Tessa was into tears when she found out that her daughter, Brooklyn, was getting featured in the Sports Illustrated Swimsuit Edition in the year 2010. 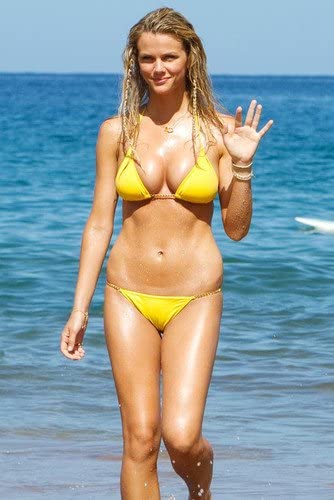 Brooklyn Decker has a height of 5 feet and 9 inches with a slim body type figure. She weighs approximately 53 kgs, with her body measurements being 36-24-34 inches. She has blue eyes, with her hair being blonde.