Bryan Gil is a Spanish professional footballer who plays as a winger for La Liga club Sevilla and the Spain national team. He will likely join Tottenham Spurs this summer as part of a swap deal between him and Erik Lamela. Spurs will pay €25m plus performance-related add-ons for the deal to go through with Sevilla.

Originally from Barcelona, Spain, Bryan Gil Salvatierra was born on 11 February 2001 under the star sign Aquarius. The 20-year-old footballer is Spanish by nationality and belongs to the Spaniard ethnicity.

In 2012, Gil moved to Sevilla FC’s youth setup from his hometown side Barbate F.C. He made his senior debut for Sevilla on 26 August 2018, starting in a 0-1 Segunda Division B home loss against UD Ibiza. 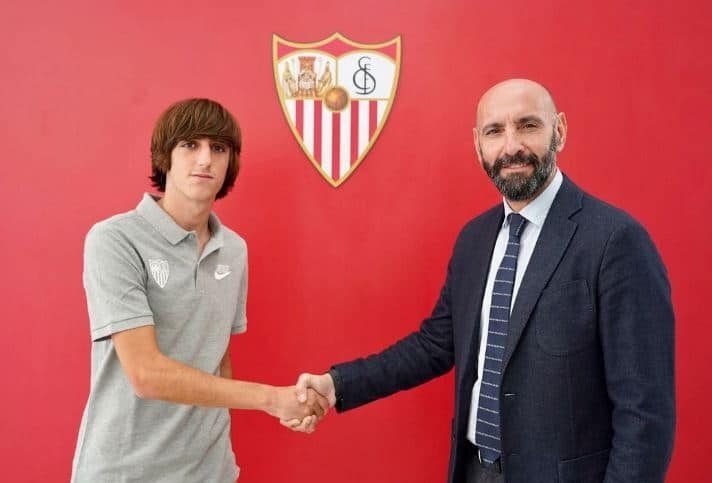 On 12 December 2018, already a regular starter for B-side, Gil renewed his contract with Sevilla until 2022. He made his first team and La Liga debut on 6 January 2019, coming on as a late substitute for goalscorer Wissam Ben Yedder in a 1-1 home draw against Atletico Madrid.

Gil receives a whopping salary of £480,000 for playing as a winger for Sevilla. According to a report from Tuttomercatoweb, Spurs have offered him a five-year contract worth around £41,500-a-week. As of 2021, Gil has an estimated net worth of £400 thousand.

It does not appear as if the Spanish winger is currently in a relationship and he hasn’t made any announcement or post on social media to suggest that he is. For now, he seems to be focused on his professional football career and doesn’t seem to have any interest in dating a girl at the moment.

Gil was born to his father, Alfonso, and mother, Raquel. When Gil was a child, he and his family moved to Barbate, Andalusia. He has a younger brother. His brother has joined Sevilla’s youth team.

Gil stands tall at the height of 5 feet 9 inches. 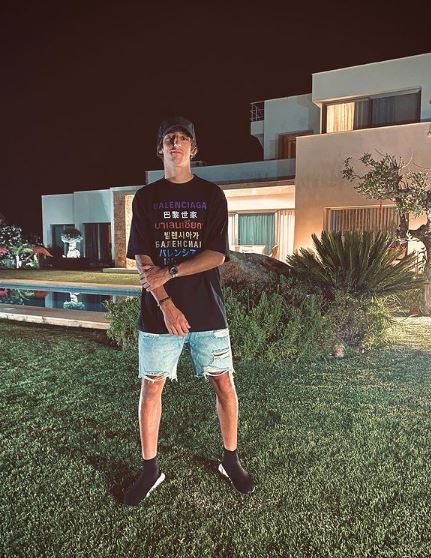 As an athlete, he has a fit, slim body that weighs around 148 lbs. He has dark brown hair and brown eyes.