Cameron Burrell, former NCAA track champion, died at age 26 on 9 August 2021. He was the son of two Olympic gold medalists and the godson of the legendary Carl Lewis. He was credited with being the fastest college athlete in the U.S.

Originally from Houston, Texas, Cameron Burrell was born on 11 September 1994 under the star sign Virgo. The 26-year-old sprinter was American by nationality and belonged to the African-American ethnicity. He graduated from Ridge Point High School in June 2013 and then enrolled at the University of Houston, where his father was coaching. 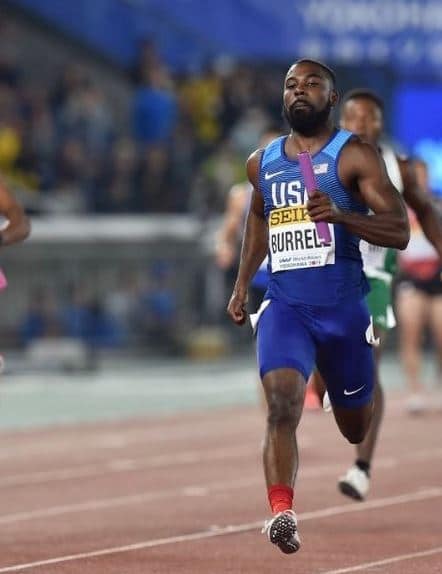 In 2017, Burrell broke his father’s school record in the 100m by 0.1 seconds with a time of 9.93. He captured the NCAA individual national championship in the 100m dash in 2018. In the same season, he ran the anchor leg of the Cougars’ 4*100m relay team that won an NCAA championship.

Burrell was a three-time All-American at 60 and 100 meters. He was also twice named All-American as a member of the 4*100 relay team. At the 2018 Athletics World Cup, he won gold for Team USA, running anchor in the 4*100m. He also won silver in the same event at the 2019 World Relays.

Burrell had earned a hefty sum of money from his track and field career. He bagged hundreds of thousands of dollars from endorsement deals with Redbull and Nike. At the time of his death, Burrell’s net worth was estimated at $1.5 million.

Died, Cause of Death, and Funeral

Former NCAA track champion Cameron Burrell died at age 26 in an unexplained parking garage incident. The University of Houston announced his death on 09 August with a statement from his father. The statement reads:

“My family is extremely saddened with the loss of our son, Cameron, last night. We are going through profound sorrow and ask that all of our friends, extended University of Houston family and the track and field community in the U.S. and abroad allow us to gather with our closest family and friends. We are profoundly grief stricken, and thank everyone for the outpouring of prayers and support. We will forward more information when it is available.”

The cause of Burrell’s death has not been revealed. In addition to his parents, he is survived by his two brothers. Funeral arrangements are pending.

Burrell was an unmarried man. In fact, his relationship status was a mystery. He never made a public statement about his dating status. After his death, no one has come forward claiming to be his ‘girlfriend.’ So, he was likely single at the time of his death.

Burrell came from a family with an athletic background. His father, Leroy Burrell, is a former 100m world record holder, and his mother, Michelle Finn-Burrell, is an Olympic gold medalist. He grew up with two siblings, Joshua and Jaden. His aunt, Dawn Burrell, was the 2001 World Indoor Champion in the Long Jump.

Burrell had a decent height of 5 feet 10 inches. As a track and field athlete, he had a fit body that weighed around 68 kg. He had black hair and dark brown eyes.