An American actress and also a television personality, Candace Bailey, aka Candace Kaye Bailey, is best known in the industry for being the co-host of the former television show named Attack of the Show on the channel named G4. In her younger days, she was a gymnast and also competed in the Junior Olympics.

Candace was born on 20 May 1982, in Birmingham, AL. She currently ages 37 years old and possesses the birth sign of Taurus. She is American by nationality and holds the ethnicity fo white. She graduated from Gulf Breeze High School of Gulf Breeze in Florida in the year 2001. Similarly, for her further study, she went to Marymount Manhattan College in New York.

Bailey started her professional career as a gymnast, where she competed in the Junior Olympic. However, due to some reasons, she could not continue as a gymnastic. Then her profession as an actress started at the young age of 17 in the year 1999 with her debut in the TV series The Sopranos in an episode Boca. Moreover, while pursuing her studies at Marymount Manhattan, she got her first television job as a presenter on the Nickelodeon children’s show named U-Pick Live in the year 2002 till 2005.

After than in the year 2005, she was cast in the short film named Taylor Made, where she portrayed the character of Sarah Taylor. From 2006 till 2008, she was cast up to 16 episodes of the series Jericho portraying the role of Skylar Stevens. The same year she also gave voice to several characters in the television series named Robot Chicken up to 6 episodes. Her recent work as an actress in the television series was as Michelle in the series named Anger Management in an episode named “Charlie Get the Party Started.” 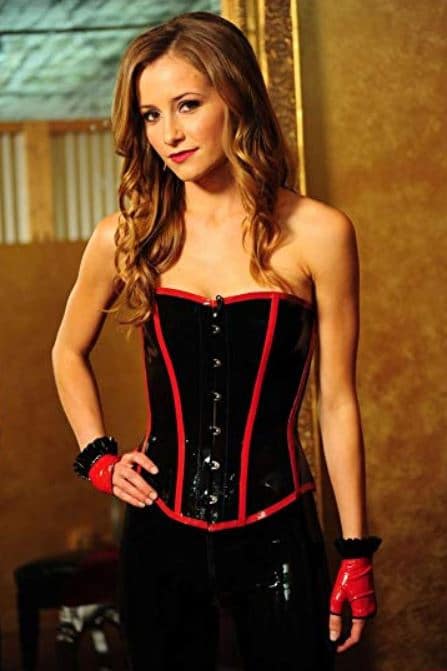 Additionally, she has also worked in video games named Tak 2: The Staff of Dreams in the year 2004 and Tak: The Great Juju Challenge in the year 2005. Moreover, she also has been cast in the music video of the famous band Maroon 5 in the son Goodnight Goodnight.

Being cast in different television series and portraying several roles, Candace might be enjoying her earnings from her career. And her estimated net worth is estimated at around $500 thousand.

Candace is a happily married woman. She is married to her long-time boyfriend, Ajay Rosen. However, information regarding their wedding date remains concealed.

They are blessed with two children Manning Baldwin Rosen who was born on 22 February 2015, and Annabelle, born on 16 October 2016.

She was previously married to Brian Corsetti, who was a writer and producer. They shared their wedding vows on 22 October 2011. However, just after three years of their married life, they divorced in 2014.

Candace was born to American parents. However, information regarding their name is still unknown to the media. Moreover, as she hasn’t shared any info regarding her siblings, it seems that she is the only child of her parents. 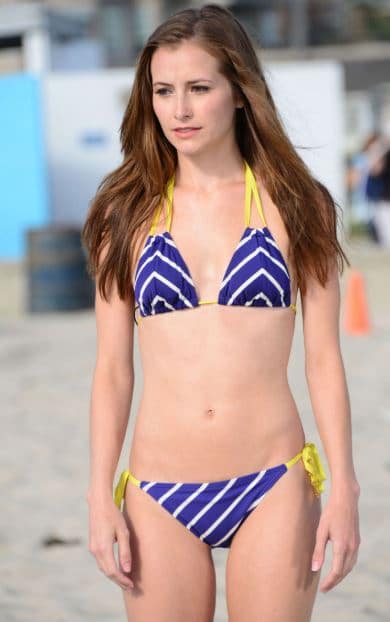 Candace is blessed with a decent body measurement of 34-24-35 inches. She stands tall at the height of 5 feet 6 inches and weighs about 51 kilograms. She has beautiful brown eyes with brown colored hair.