Chance Hurstfield is a young rising actor who has been making headlines for his role in the ABC family drama series, A Million Little Things. Although he started as a recurring character, Chance was promoted regularly, and he has since made an appearance in other notable films and shows, including Fatman.

Chance H. Hurstfield was born in 2006 in Vancouver, Canada. He celebrates his birthday on October 11, which makes his age 14 and zodiac sign Libra. He holds Canadian nationality and comes from White ethnicity. 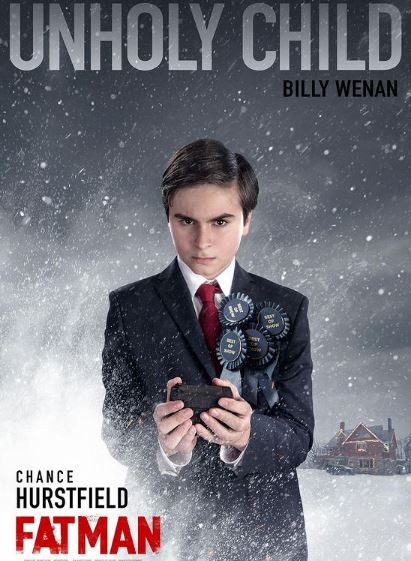 Later in 2016, he provided the voice for the character of Carlos on Sprout TV’s Nina’s World. Moreover, he also starred in a recurring role of Marcus Moon on SyFy’s Ghost Wars. After appearing in six episodes, he earned a role on Nickelodeon’s Paw Patrol and Netflix’s Eggplant Emoji. However, his most prominent role came as a recurring character, Daniel Dixon, on A Million Little Things. After season 1, his recurring role was changed to a series regular in season 2. In 2020, the actor appeared in the movie Fatman. As of 2021, Chance Hurstfield’s net worth is still under review.

As Chance’s popularity grows through his appearance in A Million Little Things, many of his fans are often interested to know if the young actor is dating anyone. However, Chance has not been very open to sharing on the subject. Likewise, his social media shows no signs of him dating, and he has also not publicly stated having a girlfriend.

On the other hand, Chance also seems to be very young to be in a serious relationship. He seems to be more committed to his acting career and might not have made time for dating. Chance is single for the time being, but we might see the actor with a girlfriend soon.

Chance was born to his parents, Aby Cervantes and Adam Hurstfield. His father is also a popular music producer by the name “Adam H.” After his parents split, his father remarried a Filipino-Canadian pop singer, Elise Estrada.

From his mother’s second marriage, Chance became a step-brother to two sisters, Faith and Luna.

Chance Hurstfield has a height of 4 feet and 7 inches. The young actor has dark brown hair and dark black eyes. Regardless, Chace is in his growing years, and he will surely grow taller in the coming years.