Cheryl Scott is an American meteorologist and geologist. Currently, she is the lead meteorologist for Chicago’s ABC 7 Eyewitness News. She has been forecasting in Chicago since 2011, delivering real-time updates and tips to keep the community safe.

Originally from New Jersey, U.S., Cheryl Scott was born on 29 January 1985 under the star sign Aquarius. The 35-year-old meteorologist is American by nationality and part of Scottish heritage. Brown University recruited her to run track for Division I, and she graduated from there in 2007 with a Bachelor’s degree in Geological Sciences. Later, she earned Meteorology Certification from Mississippi State University in 2010.

In 2006, Scott began her professional career as an intern at WCAU-NBC10 in Philadelphia, Pennsylvania. A year later, she started providing forecasts for a 24-hour Caribbean Weather Channel, while also working as the weekend weathercaster at WSEE-TV in Erie, Pennsylvania. 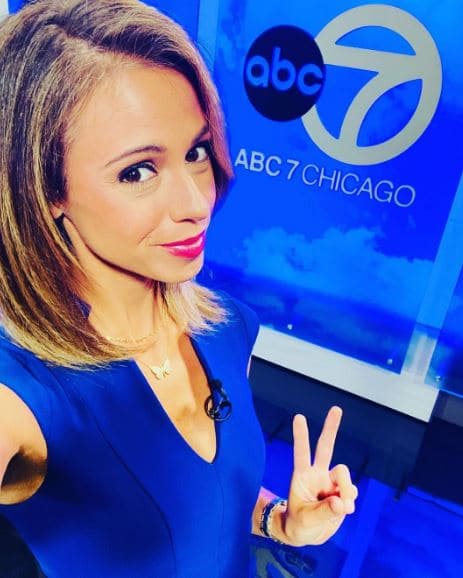 Scott also served as a weekend meteorologist for WBIR-TV, an NBC affiliate in Knoxville, Tennessee. When several tornadoes devastated Knoxville in April 2011, she was on the air, updating viewers on storm developments. Following the disaster, she volunteered her time working with the Red Cross.

Scott worked as the morning and weekend meteorologist for NBC 5 in Chicago from September 2011 to November 2014. She then joined Chicago’s ABC 7 Eyewitness News in December 2014.

Scott is currently serving as a meteorologist and Weather reporter for WMAQ-TV and ABC 7. She is also on the Board of Directors of the American Red Cross. According to some source, Scott receives an annual salary of about $150,000. As of 2020, she has an applaudable net worth of about $1 million.

Scott is still an unmarried woman. However, she has already found the love of her life. She is committed to a relationship with her fiance of two years.

The ABC7 meteorologist got engaged to her boyfriend, Dante Deiana, in July 2018. Her fiance, Dante, is a DJ and an entrepreneur. She hasn’t revealed how and when she met and started dating her now-fiance. As it has already been two years since the engagement, the wedding date might be soon on the cards.

Previously, Scott was in a relationship with an ice hockey player, Patrick Sharp. She also dated a restaurant owner named Josh Lachelli.

The Geologist was born to mother, Marie Picciano Scott. She has two brothers, namely Brian and Kevin. Her father, who was an alcoholic for most of his life, died in 2010.

Scott has a decent height of 5 feet 6 inches with a bodyweight of about 56 kg. Her eye color is brown and her hair color is also brown.