An American movie actress, Chloe East started modeling at her earlier age of nine. However, modeling wasn’t her main focus; in fact, she became a model because of a dance competition. She faced the camera and worked hard until she made a corner for herself in the industry. Well, she is an accomplished dancer who took home first place at Starbound National in 2014.

A fantastic dancer, Chloe East took her first day on earth on 16th February 2001 in California. Her zodiac sign is Aquarius. As siblings, she has two brothers in her family. She is American and is from white ethnicity. She was born to Howard and Aimme East.

Despite her young age, Chloe chooses the field of dance to be as her career which led her to become a model too. In 2013, she started her career as an actress by playing a role in True Blood.

Moreover, after a long rest of three years, she again was seen in the industry in 2016 portraying the role of Jessica Darling in the film  Jessica Darling’s It List. She played many other movies in the following year,  Val Wishart in Liv and Maddie, and Willow Green in Ice. After one year, her next work came in 2017 when she portrayed the role of Reese Cabrera in Kevin (Probably) Saves the World.

Chloe is also a YouTuber. She created a YouTube account by her name on 6 July 2010. East gathered close to 300 thousand subscribers and almost 16 million total views. Then back on 2014, she also won the title of Miss Starbound National, again in contemporary. Besides that, she has also appeared in four national commercials. 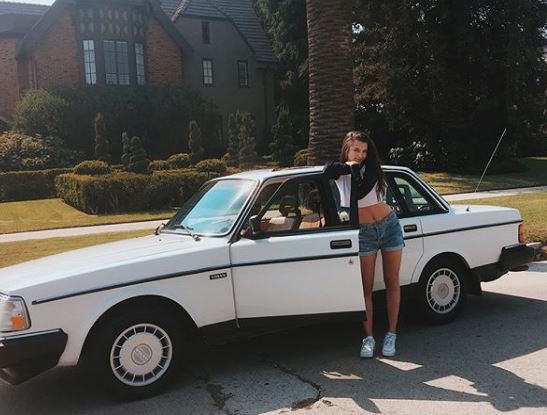 Moving towards financial status, she might have earned a handsome amount featuring in different films and commercials too. As of 2018, Chloe’s net worth is estimated to be $500 thousand.

Although East seems open-minded character in some of her films, she is different when the things come to her personal life. She keeps the words to her self when the thoughts come to her romantic life. She has never open about her dating life to the media or her fans.

However, even though she hasn’t opened her dating life to the peoples, but looking through her Instagram posts the story is different. She keeps posting the photos with the same guy who hints to us that she is dating someone. However, she has never opened his name in her post. So, it seems that she is enjoying her dating life along with her professional life.

Chloe has grown in the family who are very supportive towards her. She is the daughter of Howard and Aimme East. Besides with her parents, she also lives with her two brothers, Alex East, and Austin East. 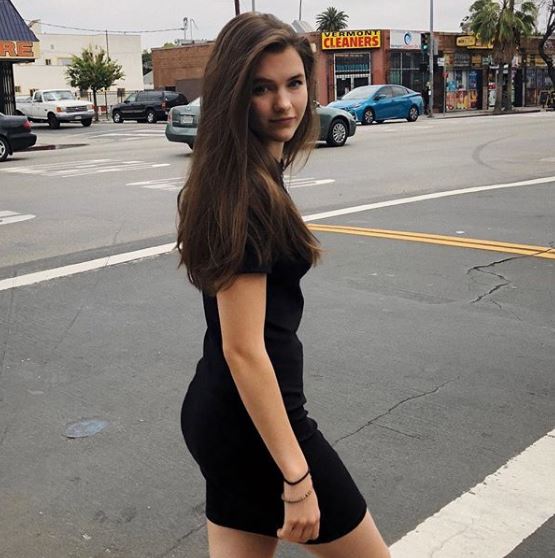 East stand straight at the height of 4 feet 11 inches. She weighs about 32 kilos. She has hair colored with Dark Brown and Blue colored eyes.