KTLA Network has lost one of the best journalists. Chris Burrous, an anchor of KTLA 5 Morning News, is no more. He passed away on 27th December 2018. He was just 43 years old. Chris had experiences in working different Networks like WPIX-TV, KFBK-AM, KCKC-AM, and more. Now let’s know more about his death cause and funeral details through this wiki!

Born on 11th January 1975, Chris Burrous’ hometown was in Porter Ranch, Los Angeles. He was American by nationality and was a part of white ethnicity. His zodiac sign was Capricorn. His parents were a Central Valley farmer and a NASA engineer. For education, he attended Chapman University.

Chris used to report the weekend breaking news in KTLA 5 network. However, we will not be seeing him anymore. He passed away in hospital on 27th December 2018. He was just 43 years of age.

According to the Glendale Police Department, they received a call from the Days Inn, 450 Pioneer Drive at 1:15 PM about an unconscious man. When they arrived at the scene, Chris was found unconscious and was immediately hospitalized. However, he couldn’t struggle with death and died.

As per the police reports, the cause of death was signified as an overdose. However, the detailed descriptions after post-mortem might help in finding his death cause. Right after the news of his death, Don Corsini, KTLA general manager consoled over his death:

‘Our thoughts and prayers go out to the Burrous family. Chris loved sharing the stories of Southern California and connecting with our viewers. He brought kindness to his work and will be deeply missed by the entire KTLA family.’

Now, Chris is survived by his daughter Isabella and wife Mai Burrous. The detailed report regarding his funeral date is still not provided. We will be updating it soon.

Chris started his career in journalism right after graduating from Chapman University. He joined KCKC-AM and KCXX-FM networks and served as a broadcaster. Later, he went to KEVN-TV and then to KGPE-TV. After reaching the peak of popularity, he joined KTLA network in 2010. 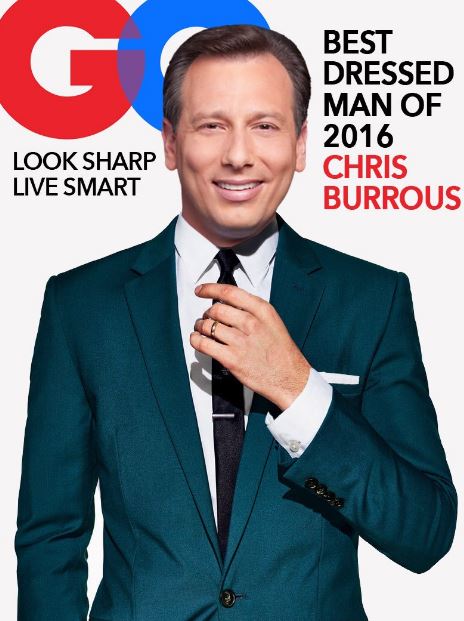 As a journalist, he made a good fortune out of his career. According to GlassDoor, an average salary of Los Angeles based KTLA network’s reporter is around $63,450. Moreover, according to Paysa, the wages of broadcaster can go up to $142,873. As he worked as a broadcaster for more than 14 years, he had a net worth of $500 thousand before death.

Chris was a married man. His wife was Mai-Do Burrous. According to sources, the duo dated for a year and married in October 2003. They first met at Bakersfield, California, when he was on KGET-TV.

From this relationship, they were blessed with a child, a daughter named Isabella Burrous, who came to life in July 2009.

Chris was a son of a NASA engineer and a Central Valley farmer. However, he never mentioned his parent’s identity publicly.

Talking about his family, Chris and Mai-Do were blessed with Isabella Burrous, their daughter.

Chris stood tall possessing a decent height and weight before his death. His skin color was white and had brown hair and eyes. Nothing much regarding his body size and statistics were provided.