Christopher Pierre Janson is a country singer and songwriter who earned a notable reputation for his debut album, Buy Me a Boat. Likewise, he has also charted multiple singles on the Billboard Hot Country Songs and Country Airplay and has worked with Holly Williams and Lee Brice on their albums. Moreover, the singer also enjoys full support from his wife, who is also his manager.

Chris Janson was born in 1986 in Perryville, Missouri. He celebrates his birthday on April 2, which makes his aged 36. He holds American nationality and comes from White ethnicity.

Chris Janson Net Worth and Salary

Upon signing to BNA Records in October 2009, Chris released his debut single, “Til a Woman Comes Along,” in April 2010. The song debuted at No. 56 on the Billboard Hot Country Songs. After leaving BNA Records, he signed to Bigger Picture Music Group in 2013 and released “Better I Don’t”.

Moreover, the singer’s self-released single “Buy Me a Boat”, released in 2015, debuted at No. 33 on Hot Country Songs. Later, it was officially released by Warner Bros. Records. His official debut studio album was released on October 30 and peaked at No. 3 on Country Airplay and No. 1 on Mediabase. His second album for Warner Bros., Everybody, was released in September 2017, followed by his third album, Drunk Girl, in 2018. As of 2022, Chris Janson has an estimated net worth of $6 million.

Chris is married to his beautiful wife, Kelly Lynn. It’s no doubt that the singer loves his wife as his songs like Holdin’ Her and Done were inspired by her. Chris and his wife tied the knot three years after they started dating on July 4, 2010. Upon tying the knot, Chris became stepfather to two children from Kelly’s previous marriage, Graham and Chel. Moreover, they are also parents to two of their children, Georgia and Jesse.

Kelly has been a huge inspiration to Chris’ career and had also encouraged Chris to release “Buy Me a Boat” independently. Moreover, she is also his manager. Besides, the singer has also featured his wife many times on social media and even celebrated the pair’s 11th year of marriage by writing,

“11 years of marriage has literally gotten better since day one. Damn it is great. I love you @thekellyjanson happy anniversary”

Chris was born to his father, Pierre Janson, and mother, Carrie Janson. Regardless, the singer has not shared much about his family at the moment. However, we will be sure to update you more in near future. 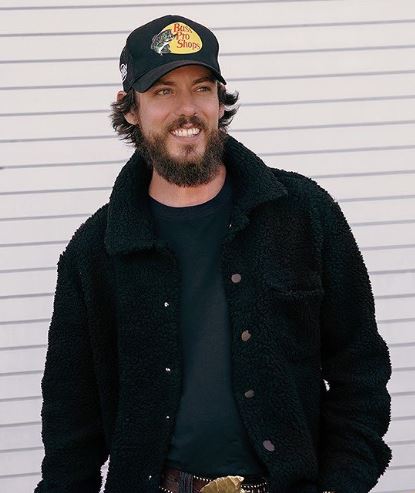 Chris stands at a height of 6 feet. Likewise, the singer has a healthy and fit body and weighs around 73 kg. His facial features include his dark brown eyes and brown hair color.

How old is Chris Janson?

Where is Chris Janson from?

What is Chris Janson’s net worth?

Who is Chris Janson’s wife?

Chris is married to his beautiful wife, Kelly Lynn.

How many children does Chris Janson have?

How tall is Chris Janson?