Chris Kroeze, an American singer, is gaining media attention for advancing to the Top 4 of the talent show, The Voice. He got mentored the talented singer and coach, Blake Shelton when Chris chose to be in Blake’s team in the blind audition. With his rising popularity, Chris has amassed around 12.3k followers on his Instagram account.

Chris was born in Barron, Wisconsin, the USA on 1991. He is of American nationality and part of the white ethnicity. Chris is in a marital relationship with wife Mara and has two children.

Chris always had the passion for singing and got a guitar for his sixth birthday from his father. Since then, he had not put it down and kept on working hard to improve his singing abilities. With his determination to be the best, Chris auditioned for the 15th edition of the NBC talent show, The Voice on 2nd October 2018 with a song titled, Pride and Joy. As a country singer himself, Chris chose to be on the team of coach, Blake Shelton.

After getting through from the blind audition, Chris competed with Mercedes Ferreira-Dias in the battle round and won the round advancing to the knockouts. In the Live playoffs on 12th November 2018, he sang a song titled, “Have you ever seen the Rain?” which touched the soul of the judges and the audience. 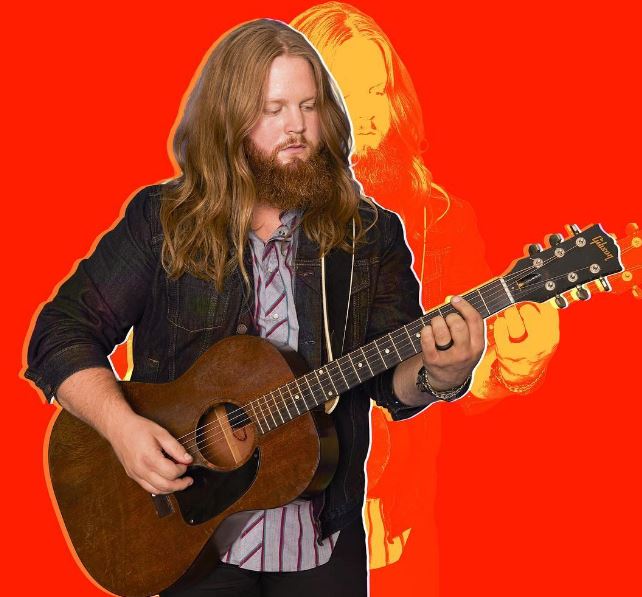 As of now, Chris reached to the Top 4 of the competition after advancing from the Top 8 with getting into the Bottom Three as he got saved by the public’s vote. Chris still has a lot to go in his singing career, and his net worth is estimated at $30 thousand.

Chris is a handsome young man who has successfully won the hearts of thousands of fans with his extraordinary singing capabilities. With that, his fans are curious to know about his relationship status, and well we have got bad news for the ladies as Chris is in a marital relationship.

Chris tied the knot with the love of his life, Mara and the couple have been blessed with two beautiful kids, a son, Finely and a daughter named Bella.

Chris grew up with his parents in Barron, Wisconsin and still resides there with his family. He has two children, Bella and Finely with his wife, Mara.

On 11th December 2018, Chris posted a picture of his son who was wearing a T-shirt to vote for his father.

Chris stands tall with decent height and has long brown hair with brown eyes. However, his body measurements are not provided.