Chris McNally is mostly known to people for his appearances in TV series such as Aletered Carbon, When Calls the Heart, and Supernatural. His first feature film ‘John Apple Jack’ earned him the “Best Actor in a Feature Film” award in 2014.

Originally from North Vancouver, British Columbia, Chris McNally was born on 08 November 1988 under the star sign Scorpio. The 32-year-old actor is Canadian by nationality and belongs to the white ethnic group. He attended Argyle Secondary School. He later trained at Railtown Actors Studio after dropping from Capilano University.

McNally kickstarted his film career with a bang as his first film role as John Jardine in John Apple Jack earned him the ‘Best Actor in a Feature Film” award at FilmOut San Diego in 2014. He then played Andy Cunningham in the 2016 film The Orchard and Lucas in the 2017 short film Freefall. 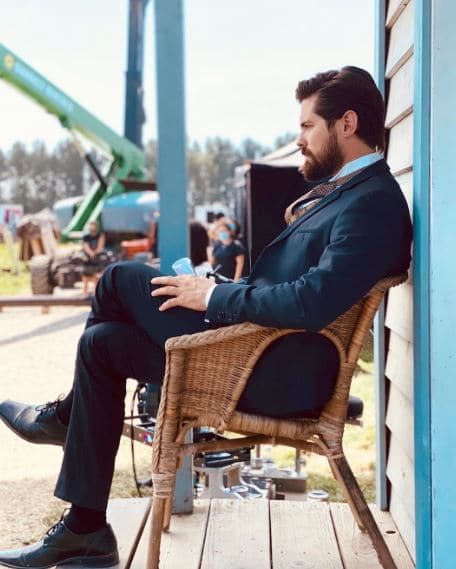 McNally has guest-starred in The CW’s Supernatural and TNT’s Falling Skies. His other TV credits include Altered Carbon, When Calls the Heart, and Heaven. Besides, he has appeared in several Hallmark made for TV movies such as Hearts of Christmas, The Sweetest Heart, A Winter Princess, and Rocky Mountain Christmas.

The Canadian actor has earned quite fame with his TV and film appearances. Along the way, he has bagged a decent sum of money worth hundreds of thousands of dollars.

32-year-old McNally is currently unmarried. Besides, he is seemingly single as well. To date, he hasn’t confirmed being in a relationship with someone. It seems the handsome hunk has no interest in dating someone at present. However, he is an avid dog-lover. He once revealed that he mostly stays at home wherever his dogs are. 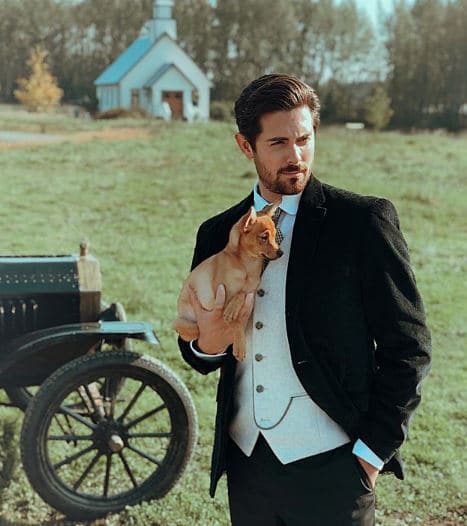 According to some sources, McNally has a secret girlfriend and has been in a relationship with her for a while. But unless that actor decides to introduce his girlfriend, nothing can be confirmed.

McNally is quite a secretive person. He hasn’t revealed anything about his childhood, family roots, parents, and siblings. All that is known is that he is the cousin of actor and singer Drew Seeley.

Along with a charming personality, McNally is blessed with a tall height. He stands 6 feet 2 inches tall. He has a fit, athletic body that weighs around 74 kg. He has light brown hair and light brown eyes.