Cole Hamels is a professional baseball pitcher who plays for Los Angeles Dodgers in the MLB. Cole had made headlines many times throughout his career, including when he pitched the ball over 90 mph during his high school year. Cole has played for many well-known clubs, including Philadelphia Phillies, Texas Rangers, and Chicago Cubs.

Colbert Michael “Cole” Hamels was born in 1983 in San Diego, California. He celebrates his birthday on December 27, which makes his age 37. He holds American nationality and comes from White ethnicity. The baseball player attended Rancho Bernardo High School.

Cole was already starting to gain the attention of many scouts in high school because of his 94 mph fastball. However, the young baseball player broke his arm during his sophomore year, and his interest in the young player disappeared. However, Cole worked his way well enough to be drafted by the Philadelphia Phillies in 2002. He started his career playing in the minor league but quickly distinguished himself among many others. 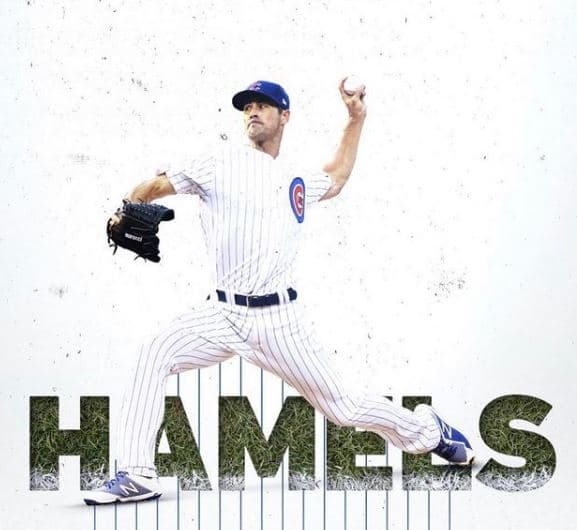 Cole played in the Major Leagues in 2006. Moreover, in the 2007 Major League Baseball season, he won the Phillies’ top major league pitcher award. In 2008, his team won the 2008 World Series, and he won the World Series Most Valuable Player Award. Cole was traded to Texas Rangers in 2015. He spent four seasons with the Rangers before being traded to the Chicago Cubs in 2018. In 2019, he signed a one-year contract with Atlanta Braves, and on August 4, 2021, he was signed by the Los Angeles Dodgers. As of 2021, Cole Hamels is estimated to hold a net worth of $60 million.

Cole is married to his beautiful wife, Heidi Strobel. His wife is the former contestant on CBS “Survivor.” Cole and Heidi first met in 2004 after she threw out the first pitch at a Clearwater Phillies game, the minor league baseball team that Cole was playing for at the time. Cole got her autograph and asked her out. Two years later, the couple tied the knot on December 31, 2006.

Besides, Cole and his wife also founded the charity, The Hamels Foundation, in 2009. Moreover, they also share four children, two sons, and two daughters. They first welcomed their son, Caleb, in 2009 and Braxton in 2011. Likewise, they adopted their daughter, Reeve, from Ethiopia in 2012 and their youngest one, Mackenzie, in 2016. Cole and his family reside in Philadelphia.

Hamels was born to his parents, Gary Hamels and Amanda Hamels. His siblings include Mitchell Hamels and Jillian Hamels.

Cole has a tall height of 6 feet and 3 inches. Likewise, he possesses an athletic body that weighs around 93 kg. His facial features include his blue-colored eyes and black-colored hair.