Colin Kelly Jost is a comedian, actor, and writer known as the writer for Saturday Night Live. He has been with the show since 2005. Likewise, he is also a co-anchor of Weekend Update, a position he has filled since 2014. Colin has been the head writer of SNL since 2017 and has been one of the most popular comedy writers on Television. Besides, he is also quite popular for his relationship with the popular marvel star, Scarlett Johansson.

Colin Jost Net Worth and Salary

Colin worked as a reporter and copy editor after graduation. He later worked for Nickelodeon before joining SNL as a writer in 2006. From 2009 to 2012, he worked as SNL’s writing supervisor and co-head writer to 2012-2015. Likewise, he also replaced Seth Meyers in Weekend Update and made his debut as co-anchor in 2014. 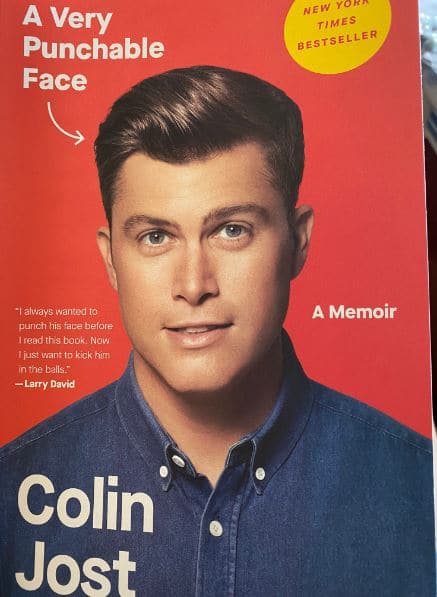 Besides, Colin has also performed as a stand-up comedian and has appeared in shows like Late Night With Jimmy Fallon and TBS. He has also contributed to The New York Magazine, The Huffington Post, The Staten Island Advance, and Radar. Colin also wrote the screenplay of Staten Island Summer and appeared in the movie in a minor role. His other appearance includes in the movies Tom & Jerry and Coming 2 America. He has appeared as a special guest in WWE and RuPaul’s Drag Race. As of 2022, Colin Jost has an estimated net worth of $10 million.

Colin is married to none other than the black widow star, Scarlett Johansson. The pair first met in 2006 but only dated 11 years later. During that time, Scarlett was married to Ryan Reynold from 2008-2011 and a Journalist Romain Dauriac from 2014-2017. Likewise, she also shares a daughter named Rose Dorothy Dauriac from her second marriage. On the other hand, the SNL writer was in a serious relationship with Rashida Jones from 2013-2016.

Colin and Scarlett crossed paths once more when Scarlett guest-starred on SNL on 11th March 2017. The pair were confirmed dating when they were spotted kissing at the May cast party of SNL on 21st May 2017. Likewise, the pair were engaged in May 2019 and tied the knot in October 2020. The couple shares a baby boy named Cosmo.

Colin Jost was born to his mother, Kerry J. Kelly, and father, Daniel A. Jost. His mother was the chief medical officer for the New York Fire Department, and his father is a former teacher at Staten Island Technical High School. Likewise, his family includes his brother, Casey Jost, the producer and writer for Impractical Jokers.

The writer, Colin Jost, has a height of 5 feet and 10 inches. Likewise, he has a well-maintained fit body and weighs around 78kg. The writer possesses blue eyes and brown hair color.

How old is Colin Jost?

What is Colin Jost’s net worth?

Is Colin Jost dating someone?

Who is Colin Jost’s wife?

Colin is married to the love of his life, Scarlett Johansson.

How many kids does Colin Jost have?

Colin along with his wife Scarlett shares a baby boy named Cosmo.

How tall is Colin Jost?