Known for his tough boy image and hidden romantic streak, Corey Anderson is one such player who strives to perform best despite failures and who believes in channeling internal strength to surpass it all. Like he once mentioned;

“I put myself through pain mentally daily so that the struggles of the world could never phase me because a monster is made from a man with strong mental mindset…NOT from what he can put up on a bench press.”

Corey Anderson is an American MMA fighter who plays under light heavyweight division for the Ultimate Fighting Championship. Currently, he ranks #5 in the UFC light heavyweight rankings. He faced veteran fighter Jan Blachowicz in the match that was held on Sunday, February 16. This was his second match against Jan; the first one had been on September 5, 2015, when Corey had been the winner via unanimous decision. This time, however, he lost via technical knockout in Round 1. 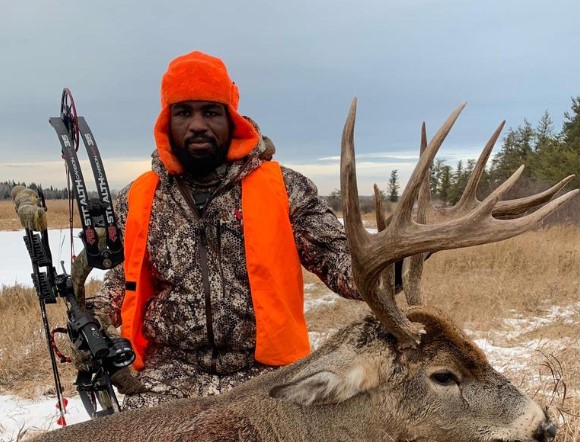 Corey started as an MMA fighter on March 29, 2013, and defeated J.R. Briones via Technical Knockout on his first night. Similarly, on July 6, 2014, at the Ultimate Fighter 19 Finale, he faced Matt Van Buren and won the match in just 61 seconds, becoming the light heavyweight champion. He has the UFC record of 13 wins and four losses to date. He is one of the players who receive a hefty sum for his performance. His estimated salary is $150 thousand, and his net worth is estimated at $2.5 million. The detail of his possessions is unavailable, and we shall update it on a later date.

Corey is reportedly married. Not any news of his affair had circulated the media, and he had not mentioned anything about his dating life and relationships until, on February 14 of 2018, he surprised the world with his tweets.

“Today’s the day I give you my last name, and I can’t wait. Valentine’s day will never just be another day of you receiving chocolate shape hearts, BC now everyday you get a chocolate teddy bear with 2 hearts. Yours and mine together as one forever and always”

The romantic tweet awed many of his followers. He married his best friend Jenny D’Acquisto on Valentine’s Day of 2018. On March 08, 2019, the couple was blessed with a baby boy Corey Anderson Junior on International Women’s Day. Anderson seems to have a way with coinciding with his special dates with the world’s special day.

Corey was born on September 22, 1989, in Rockford, Illinois, the United States to Curtis Anderson and Paula Anderson. The details of his parents and family members are not available, and he has disclosed very little about them. He attended Hononegah Community High School, where he competed in Wrestling. Following his passion, he even wrestled during his college years. He joined the University of Wisconsin-Whitewater and completed a degree of Business Administration.

Corey stands tall at the height of 6 feet and 3 inches and weighs around 93 kilos, which is a suitable weight for the light heavyweight division.