Da Brat aka Shawntae Harris is an American rapper and actress who is the Billboard Top Hot Rap Artist and Top Hot Female Rap Artist. Her songs “Not Tonight ” Remix (1998) and “Got It Poppin” (2004) were nominated for the Grammy Awards.

She was recognized as a rapper when she won a local rap contest sponsored by Yo! MTV Raps. During the contest, she met Kris Kross who introduced her to producer Jermaine Dupri and thus her professional career began under So So Def label. Her debut album “Funkdafied” was released in 1994 and rose to #11 in rap chart.

Besides being a singer, she is also an actress. So far she has appeared in six movies and six television shows. Currently, she is seen as a supporting cast in “Growing Up Hip Hop: Atlanta”. She has released four studio albums to date: “Funkdafied (1994), “Anuthatantrum (1996)”, “Unrestricted (2000)”, “Limelte, Luv & Niteclubz (2003)”. 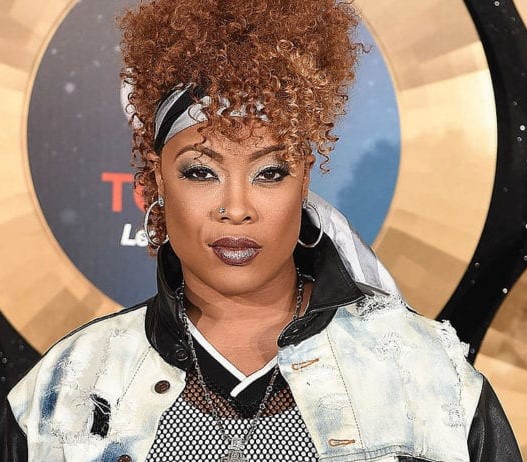 With this impressive track record, Da Brat has collected hefty sum throughout her career. Though distinct income from each of her projects is unknown, her net worth of as 2020 is calculated as $4 million.

There has been several controversies regarding her love life. Her sexuality has often been questioned.  Due to her dressing style, baggy pants and overalls, she was undoubtedly considered lesbians by her followers.  Though she has never confirmed of being a lesbian.

During the 90’s she had dated basketball player, Allen Iverson, She was also rumored dating Keisha Spivey, the singer. She was also linked with producer and television personality David Gest, who passed away on April 12, 2016.  In 2017, she announced that she was dating singer-rapper-songwriter Kirk Frost but how long the relationship lasted is unknown. She is reportedly single as of date. We can conclude she is a bisexual but she is yet to come out.

Da Brat was born on April 14, 1974, as Shawntae Harris in Joliet, Illinois and was raised on the West Side of Chicago, Illinois. She was born to a Chicago city bus driver mother Nadine Brewer and businessman father David Ray McCoy. Her parents were never married.  Her time was divided between her father and her mother and grandmother and thus she lived in two households during her childhood. She is the younger half-sister of actress and model Lisa Raye McCoy.

Da Brat attended Kenwood Academy during her sophomore and junior year where she was a basketball player and ran on the track. She was pretty athletic during her high school days. Later she graduated from the Academy of Scholastic Achievement in 1992. 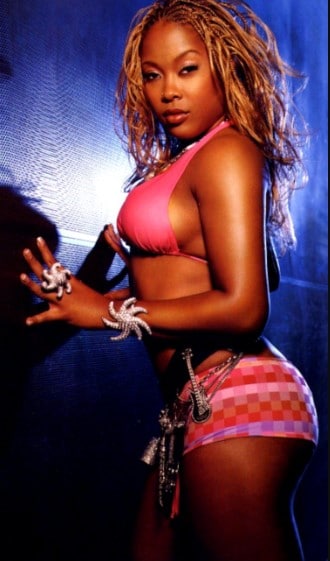 She stands at a decent height of 5 feet 5 inches and weighs around 62 kilos. She has naturally curly and coiled hair which complements her dusky complexion and African-American looks.