Heartbreaking news for all the 50s fans, as their one of the gem, left the world on 10 December 2020. She in her days was best known for being a cast member of The East Enders where she had played more than 1500 episodes.

Dame Barbara Windsor was born on 6 August 1937 on London, England, and died on 10 December 2020. She used to age 83 years before her death and used to have a birth sign of Leo. She was British by nationality and used to hold the ethnicity of white.

The entertainment industry has lost its precious gem this year.“The EastEnders” and “Carry on” legend, Dame Barbara Windsor lost the battle against the disease Alzheimer at the age of 83. She is now no more with us, as he took her last breath on Thursday 10 December 2020 in a London care home around 8:35 pm. Her husband, Scott Mitchell, confirmed the official news regarding her death. She had been diagnosed with Alzheimer’s since 2014. However, her news of Alzheimer’s was announced in 2018 and was moved to a care home recently in July of 2020.

Scoot’s last words for her were,

“Her passing was from Alzheimer’s/Dementia and Barbara eventually died peacefully and I spent the last seven days by her side.

“May you rest in peace now my precious Bar. I’ve lost my wife, my best friend, and soul mate and my heart or life will never feel the same without you.”

The 50s actress death news spread like wildfire in the media and internet. All of her fans, family, and her co-junior and senior actor/actress were devasted with the news of her death. And may of well-wisher colleagues, fans and family paid a small tribute to her via their Twitter account by writing condolence for her.

‘She was definitely the head girl at EastEnders, she knew how to be the leading lady. The word star gets bandied about a bit these days but she really was a star.’ 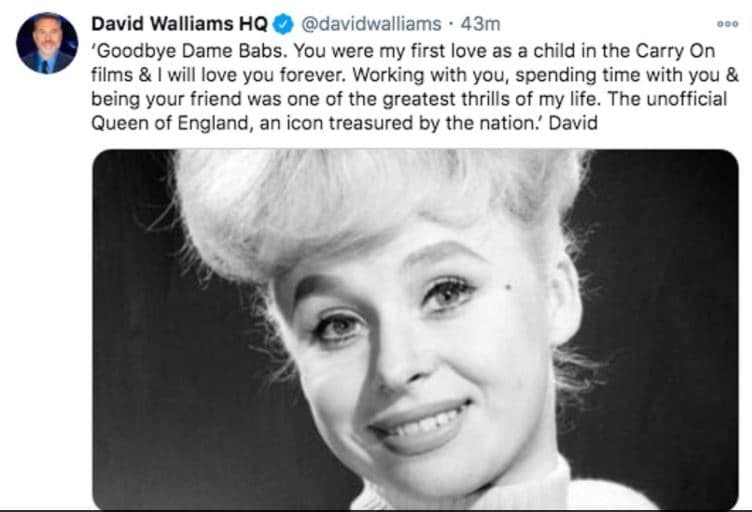 ‘So sad about Barbara Windsor, so much more than a great pub landlady & Carry On star.’

‘She campaigned for the lonely and the vulnerable – and cheered the world up with her own British brand of harmless sauciness & innocent scandal. Thoughts with Scott and all her family & friends.’

She is now survived in her fans, family, and friends’ heart.

The entertainment industry got its gem in the year 1950. Barbara started her professional career as an actress in the year 1950 with the stage act when she was just 13 years old. After that hse made her film debut in the film named The Belles of St Trinian’s where she portrayed the role of a schoolgirl in the year 1954. Then within no time of her acting career, she started getting receiving awards for her work. Her first award was for the film named Sparrows Can’t Sing and also a Tony Award nomination for the film named Oh, What A Lovely War! In the years 1963 and 1964. 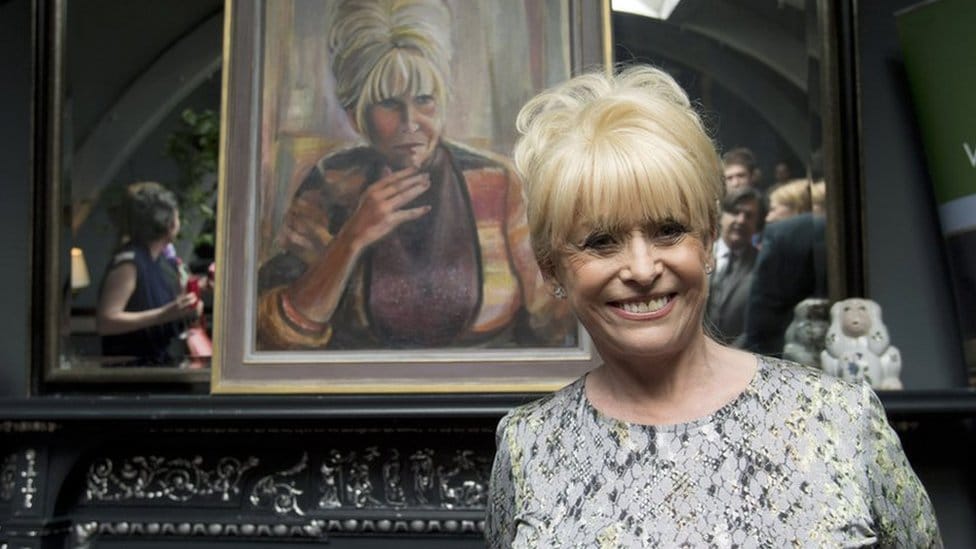 The 50s actress, Barbara might have made a huge number of fan following around the globe with her work. Besides gaining a fan following, she also might have made her pocket heavy with the amount of money she made from her professional career. Her net worth was estimated to be around $9 million. 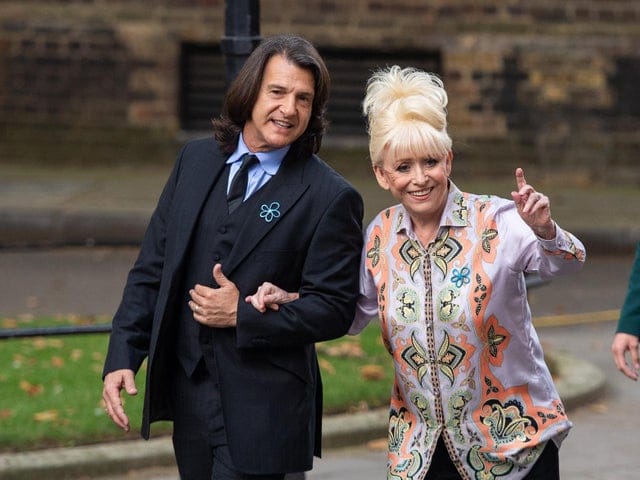 Then she married Scott Mitchell in the year 2000. Although she had three marriages, she didn’t have any children.

She was born to British parents. She was the daughter of Rose Deeks and John Deeks. Likewise, information regarding her siblings is yet to be known.

Barbara seems to be was blessed with decent body measurement where she used to stands at the height of 4 feet 10 inches tall and used to weighs about 46 kilograms. She had blonde colored hair with pairs of beautiful brown colored eyes.