Dan Bilzerian has established his name as one of the successful people in the entertainment industry. He is a television personality, social media star, and American-Armenian gambler who has ventured into movies like ‘Lone Survivor,’ ‘Cat Run 2,’ and ‘War Dogs.’

Dan was born in Tampa, Florida, in 1980. He celebrates his birthday on December 7. He is 39-years-old. The zodiac sign of Dan is Sagittarius. Talking about the educational background, Dan completed his bachelor’s degree from the University of Florida, with a major in business and criminology. In 2018, Dan received the citizenship of Armenia, while he was an American citizen from 1980 to the present.

In 2000, Dan tried for the Navy SEAL training program; however, he was unsuccessful with several attempts. After completing his education, he entered in the 2009 World Series of Poker Main Event, grabbing 180th place. He has won several other competitions and events as a professional gambler.

In the year 2015, Dan announced to run for a President of the United States in the 2016 election. Nevertheless, he drew from the program. Apart from that, he has appeared in some movies as an actor which includes ‘Olympus Has Fallen,’ ‘Lone Survivor,’ ‘The Equalizer,’ ‘Cat Run 2,’ ‘Extraction’ and others as well. He is a social media star with an Instagram account that has more than 30.5 million followers. No doubt, Dan is having his time of life, surrounded by beautiful girls and luxurious lifestyles. The estimated net worth of Dan is $200 million.

Dan is a party boy who loves to attend various parties. There are enough pictures of Dan flaunting with hot girls. And he is enjoying his life as a single person and has won the hearts of many women. However, there are very few girls Dan has dated and among such is Lindsey Pelas. She is a model and an Instagram star. 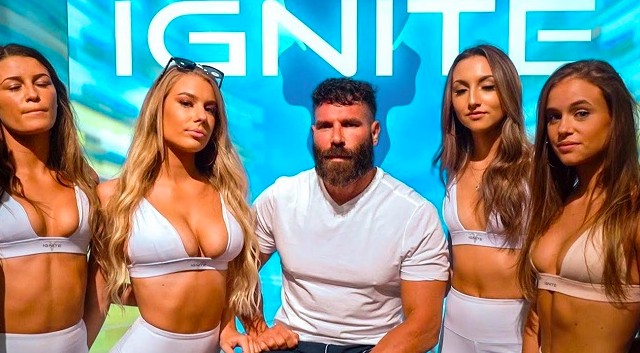 Apart from that, he was in a relationship with Alana Kari for one year, from 2012 to 2013. The next year he dated Andreea Bolbea for one year as well.

The name of Dan’s father is Paul Bilzerian, while his mother’s name is Terri Steffen. His father is a corporate takeover specialist. The details of his mother’s professional life are not known. He grew up with his brother, Adam Bilzerian, who is a poker player by profession. Apart from that, he also has another brother, Nelson Bilzerian. 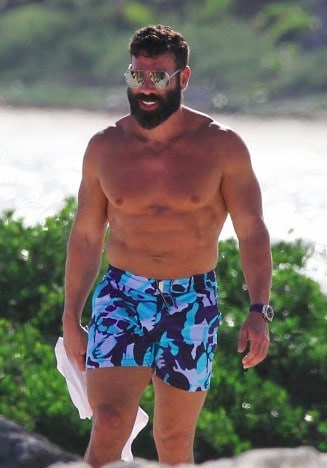 By the physical appearance of Dan, he looks masculine and pumped with heavy body mass. He stands with an ideal height of 5 feet 10 inches, along with a bodyweight of 73 Kg. He has 12.5 inches of biceps. Similarly, the body measurement of Dan is 40-inches chest, 32-inches waist, and 33-inches hips. The color of his hair is black and his eyes are black as well. Due to his heavy use of drugs, he suffered from a heart attack twice.