Known as “The Hangman” of the ring, Dan Hooker is one of the celebrated fighters who have carved out the position in the Ultimate Fighting Championship through a series of impressive performances.  As of January 2020, he is ranked 6th in the UFC lightweight rankings. He is three times Performance of the Night (UFC) and one-time Australian Fighting Lightweight Champion.

Dan Hooker is a professional Mixed Martial Artist from New Zealand who fights for the lightweight division of UFC. He has bounced back and forth between featherweight and lightweight divisions and has a record of 21 wins and eight losses in his entire MMA career.  Besides MMA, he is also involved in Kickboxing and has been a Middleweight Kickboxing Champion. He had last faced Paul Felder in UFC Fight Night 168 that was held on February 23, 2020, and he won by decision.

Dan started his career as a kickboxer and even won the King in the Rink Middleweight Kickboxing Championship. His kickboxing career had a 10-4 win-loss record. He made his promotional UFC debut on June 28, 2014, at UFC Fight Night 43 against Ian Entwistle and won the match via Technical Knockout in the first round.  His last match was against Al Laqinta on October 6, 2019, at UFC 243 and won the fight via unanimous decision. His total career earnings from his UFC fights are calculated at approximately 950 thousand dollars, and his salary is predicted around 100 thousand dollars, which is still under review.  His income from Kickboxing is unknown. 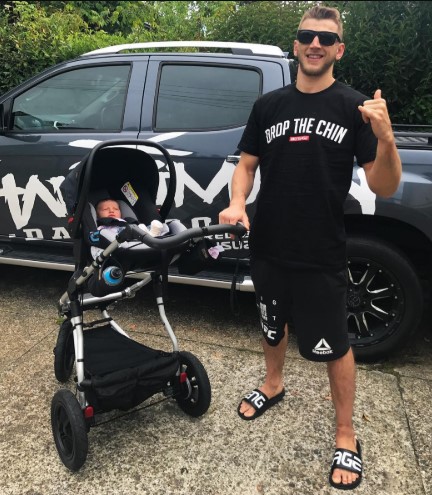 Besides the income from his fight, he owns a car ISUZU. He had been coaching MMA in City Kickboxing gym in Aukland since 2008 before establishing his gym named The Combat Academy in Ellerslie and trains others for MMA there. The income from his gym is not known yet we can speculate that it is a substantial sum. With all his possessions and earnings, his net worth is calculated at 0.5 million dollars to date.

Dan is married to his longtime girlfriend turned wife Isabella Hooker. Their wedding was held at Angsana Laguna, Phuket Island, Thailand, among family members and friends.  Their social media profile indicates they are very much a happy couple and enjoying their marital bliss. The couple welcomed a lovely daughter in November 2018, whom they named Zoey. Very little is known about his previous romantic entanglements.

Dan belonging to Maori culture feels that family is a crucial part of life. Dan was born on February 13. 1990 In Auckland, New Zealand. The name of his parents and other details regarding them is not known, and thus whether he has siblings or not is still a question. However, he is a great defender of his family name and wants others to treat it with respect. When Paul Felder had commented on his family name “Hooker,” he had mentioned,

“I don’t know what the culture is like in America, maybe it’s a bit different, but where I’m from in New Zealand, especially in Maori culture, to insult someone’s family name is to insult the whole line.” 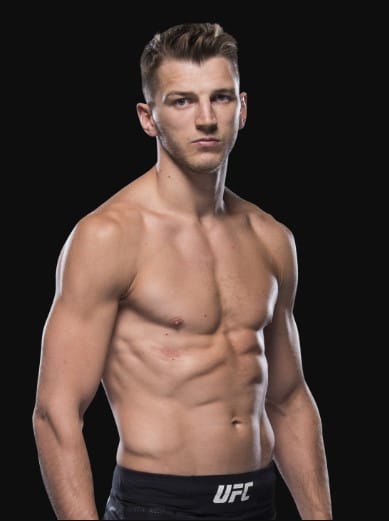 Dan stands tall at the height of 6 feet and weighs of 70.5 kilos. He has a reach of 75 inches and a leg reach of 42.5 inches. He has honey-blond hair and ash grey eyes. Possessing an athletic build, he is one of the favorite MMA players among men and women alike due to his good looks.