American actress Danielle Panabaker rose to fame with her roles in Disney movies like Sky High, Read It and Weep, and Stuck in the suburbs. Likewise, she has appeared in TV series like Yours, Mine & Ours, The Guardian and Searching for David’s heart and has won three Young Artists of the Year.

Danielle was born in Augusta, Georgia, USA on 19th September 1987. She is of American nationality, possesses white ethnicity, and her birth sign is Virgo. Her parents are Harold and Donna Panabaker. She shared her childhood with her actress sister, Kay Panabaker.

Danielle started her career in acting from a young age. She stared in TV series like Family Affair playing the character of Parker LeeAnn Aldays in 2002. Following that, she landed roles in other TV series like Malcolm in the Middle, CSI, and The Guardian. Moreover, she appeared as a guest character in The Guardian and won Young Artist of the Year award. 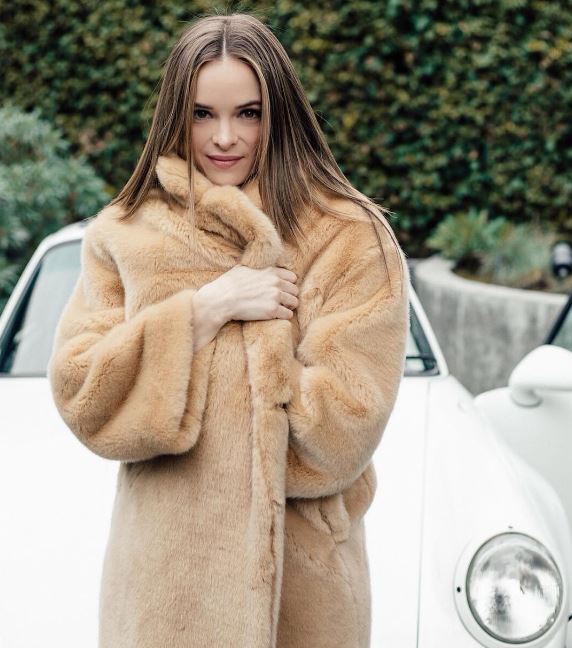 In the year 2006, Danielle appeared in the TV film, Read It and Weep as Isabella which helped her to land the leading role in the TV series, Shark. From 2008 to 2013, she featured in TV series like Bones, Chase, and Mad Men. In the year 2014, Danielle made her mark on the TV screen with TV series, Flash playing the character of Dr. Caitlin Snow. Additionally, she appeared as a guest star in Arrow, Supergirl, and Legends of Tomorrow.

Apart from her TV career, Danielle has starred in movies like Sky High, Yours, Mine and Ours, and The Ward. Recently, she appeared in Time Lapse as Callie, and This isn’t Funny as Stacey. With all these works, Danielle has accumulated around $3 million.

On 24th June 2017, Danielle got married to Hayes Robins and made her wedding official via her Instagram.

She revealed her relationship status with Hayes in 2016 when the couple spent their holiday vacation in Greece. However, the wedding was a private event as only the closed ones got invited to the wedding. Till date, Danielle and Hayes have not shared a child.

Danielle grew up in Georgia with her parents, Harold and Donna Panabaker. She shared her childhood with her sister, Kay Panabaker. She completed her bachelor’s degree from the University of California in Arts in 2007.

Danielle stands tall with a height of 5 feet and 6 inches and weighs around 53 kgs. She has a perfect body size of 34-25-34 inches. She has got brown eyes with blonde hair color.